Wind of Change: An American Journey in Post-Soviet Russia

Fresh out of a master’s program, living in Chicago, and eager to pursue a career in his chosen academic field of Russian Area studies, Kenneth Maher eagerly accepted an offer to work for a U.S. company in the former U.S.S.R. Arriving in Siberia, brimming with optimism, he was living his dream. Or so he thought…

In Wind of Change, Maher relates how he earnestly sought to make a meaningful contribution to American/Russian relations during Russia’s chaotic transition from Communism in the early 1990s. Exploring the cultural differences between the U.S. and Russia, Maher recounts how reality soon soured any romantic notions of a shared vision for the future. Despite the uneven success of his endeavors, his journeys to Russia left a lifelong indelible mark. Filled with personal anecdotes laced with satire, Maher’s memoir provides unique insight into the cultural and political climate of the immediate post-Soviet era and notably foreshadows Russia’s return to authoritarianism, as evidenced by the ongoing war in Ukraine. But if the wind of change keeps blowing, there is still reason to hope. 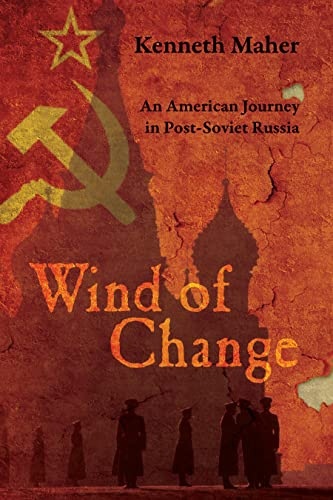