Putin’s Wars: From Chechnya to Ukraine

A new history of how Putin and his conflicts have inexorably reshaped Russia, including his devastating invasion of Ukraine.

Putin’s Wars is a timely overview of the conflicts in which Russia has been involved since Vladimir Putin became prime minister and then president of Russia, from the First Chechen War to the two military incursions into Georgia, the annexation of Crimea and the eventual invasion of Ukraine itself. But it also looks more broadly at Putin’s recreation of Russian military power and its expansion to include a range of new capabilities, from mercenaries to operatives in a relentless information war against Western powers. This is an engrossing strategic overview of a rejuvenated Russian military and the successes and failures on the battlefield. Thanks to Dr Galeotti’s wide-ranging contacts throughout Russia, it is also peppered with anecdotes of military life, personal snapshots of conflicts, and an extraordinary collection of first-hand accounts from serving and retired Russian officers.

Russia continues to dominate the news cycle throughout the Western world. There is no better time to understand how and why Putin has involved his armed forces in a variety of conflicts for over two decades. There is no author better placed to demystify the capabilities of the Russian military and give a glimpse into what the future may hold.

Putin’s Wars is an engaging and important history of a reawakened Russian bear and how it currently operates both at home and abroad to ensure Russia is front and centre on the world stage. 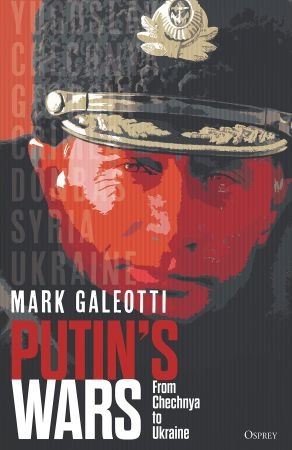