Handbook of the History of Mathematics

This Handbook explores the history of mathematics under a series of themes which raise new questions about what mathematics has been and what it has meant to practice it. It addresses questions of who creates mathematics, who uses it, and how. A broader understanding of mathematical practitioners naturally leads to a new appreciation of what counts as a historical source. Material and oral evidence is drawn upon as well as an unusual array of textual sources. Further, the ways in which people have chosen to express themselves are as historically meaningful as the contents of the mathematics they have produced. Mathematics is not a fixed and unchanging entity. New questions, contexts, and applications all influence what counts as productive ways of thinking. Because the history of mathematics should interact constructively with other ways of studying the past, the contributors to this book come from a diverse range of intellectual backgrounds in anthropology, archaeology, art history, philosophy, and literature, as well as history of mathematics more traditionally understood.

The thirty-six self-contained, multifaceted chapters, each written by a specialist, are arranged under three main headings: ‘Geographies and Cultures’, ‘Peoples and Practices’, and ‘Interactions and Interpretations’. Together they deal with the mathematics of 5000 years, but without privileging the past three centuries, and an impressive range of periods and places with many points of cross-reference between chapters. The key mathematical cultures of North America, Europe, the Middle East, India, and China are all represented here as well as areas which are not often treated in mainstream history of mathematics, such as Russia, the Balkans, Vietnam, and South America. This Handbook will be a vital reference for graduates and researchers in mathematics, historians of science, and general historians.

This monumental book traces the origins and development of mathematics in the ancient Middle East, from its earliest beginnings in the fourth millennium BCE to the end of indigenous intellectual culture in the second century BCE when cuneiform writing was gradually abandoned. Eleanor Robson offers a history like no other, examining ancient mathematics within its broader social, political, economic, and religious contexts, and showing that mathematics was not just an abstract discipline for elites but a key component in ordering society and understanding the world.

The region of modern-day Iraq is uniquely rich in evidence for ancient mathematics because its prehistoric inhabitants wrote on clay tablets, many hundreds of thousands of which have been archaeologically excavated, deciphered, and translated. Drawing from these and a wealth of other textual and archaeological evidence, Robson gives an extraordinarily detailed picture of how mathematical ideas and practices were conceived, used, and taught during this period. She challenges the prevailing view that they were merely the simplistic precursors of classical Greek mathematics, and explains how the prevailing view came to be. Robson reveals the true sophistication and beauty of ancient Middle Eastern mathematics as it evolved over three thousand years, from the earliest beginnings of recorded accounting to complex mathematical astronomy. Every chapter provides detailed information on sources, and the book includes an appendix on all mathematical cuneiform tablets published before 2007.

Mathematics in Ancient Egypt traces the development of Egyptian mathematics, from the end of the fourth millennium BC—and the earliest hints of writing and number notation—to the end of the pharaonic period in Greco-Roman times. Drawing from mathematical texts, architectural drawings, administrative documents, and other sources, Annette Imhausen surveys three thousand years of Egyptian history to present an integrated picture of theoretical mathematics in relation to the daily practices of Egyptian life and social structures.

Imhausen shows that from the earliest beginnings, pharaonic civilization used numerical techniques to efficiently control and use their material resources and labor. Even during the Old Kingdom, a variety of metrological systems had already been devised. By the Middle Kingdom, procedures had been established to teach mathematical techniques to scribes in order to make them proficient administrators for their king. Imhausen looks at counterparts to the notation of zero, suggests an explanation for the evolution of unit fractions, and analyzes concepts of arithmetic techniques. She draws connections and comparisons to Mesopotamian mathematics, examines which individuals in Egyptian society held mathematical knowledge, and considers which scribes were trained in mathematical ideas and why.

Of interest to historians of mathematics, mathematicians, Egyptologists, and all those curious about Egyptian culture, Mathematics in Ancient Egypt sheds new light on a civilization’s unique mathematical evolution.

Based on extensive research in Sanskrit sources, Mathematics in India chronicles the development of mathematical techniques and texts in South Asia from antiquity to the early modern period. Kim Plofker reexamines the few facts about Indian mathematics that have become common knowledge–such as the Indian origin of Arabic numerals–and she sets them in a larger textual and cultural framework. The book details aspects of the subject that have been largely passed over in the past, including the relationships between Indian mathematics and astronomy, and their cross-fertilizations with Islamic scientific traditions. Plofker shows that Indian mathematics appears not as a disconnected set of discoveries, but as a lively, diverse, yet strongly unified discipline, intimately linked to other Indian forms of learning.

Far more than in other areas of the history of mathematics, the literature on Indian mathematics reveals huge discrepancies between what researchers generally agree on and what general readers pick up from popular ideas. This book explains with candor the chief controversies causing these discrepancies–both the flaws in many popular claims, and the uncertainties underlying many scholarly conclusions. Supplementing the main narrative are biographical resources for dozens of Indian mathematicians; a guide to key features of Sanskrit for the non-Indologist; and illustrations of manuscripts, inscriptions, and artifacts. Mathematics in India provides a rich and complex understanding of the Indian mathematical tradition.

For the English language edition, this completely unique book of J.C. Martzloff has been fully revised and updated. It includes many new recent insights and illustrations, a new appendix on Chinese primary sources and a guide to the to the bibliography. From the reviews: “This book ranks with the most erudite Asian publications, and is the most informative and most broadly informed on its topic in any language.” N. Sivin, China Quarterly “… crammed with insights, cautionary tales and a great deal of information about current research … will surely become a standard reference for students, teachers, and researchers alike”, J. N. Crossley, Annals of Science “… a truly scholarly and balanced exposition … a book that the reviewer believes belongs in the library of every university or college, as well as in that of every individual seriously interested in the history of Chinese mathematics”, B. L. McAllister, ZBfM “Martzloff History demonstrates clearly that while the Chinese were adept in applying their mathematics to a host of practical problems, including astronomy and engineering as well as commercial transactions, they also paid attention to algorithmic techniques, methods of calculation, geometric constructions, and even certain purely logical problems. But above all, what sets this book apart from the usual histories of mathemathics (in any language, Chinese or Western, of any period or country) is its emphasis first on context, then on content, in describing the long history of Chinese mathematics …. It is primarily the question of context that Martzloff approaches directly. Perhaps the greatest contribution his book makes is the chance it offers to consider issues of cultural context as significant, determining factors in the history of mathematics. Thus, Martzloff tries to get inside the Chinese mind, to explain how and why mathematics developed as it did in China, and often in ways strikingly different from its Western counterparts. Although he does not always account for these differences, he succeeds admirably in describing them, which results in a refreshingly rich sense of its evolution as well.” Joseph W. Dauben, Historica Mathematica 20, 1993 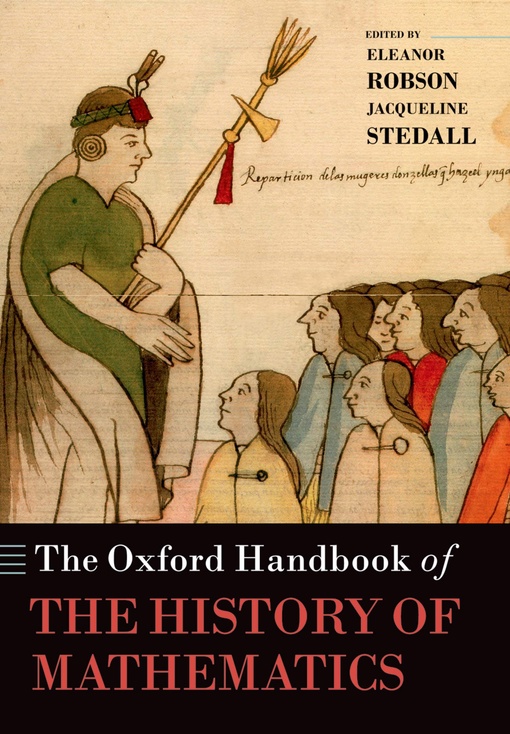 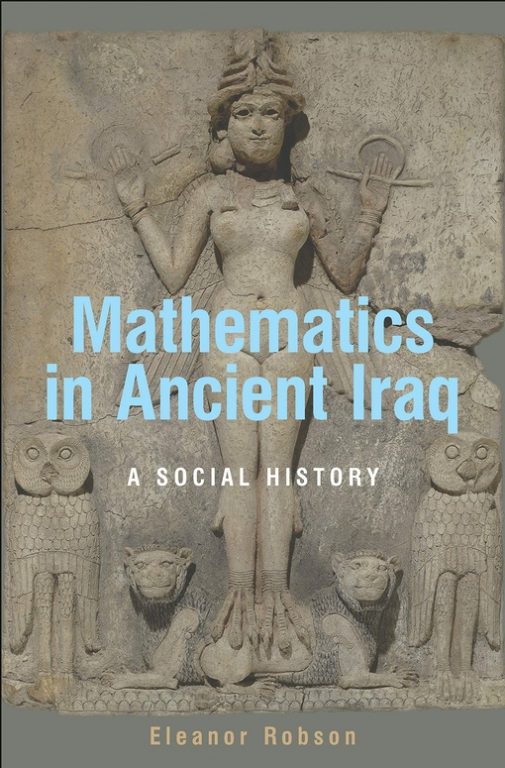 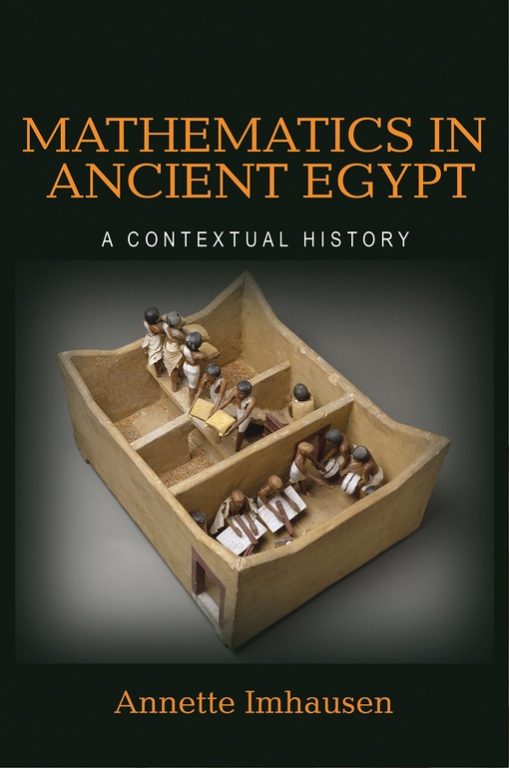 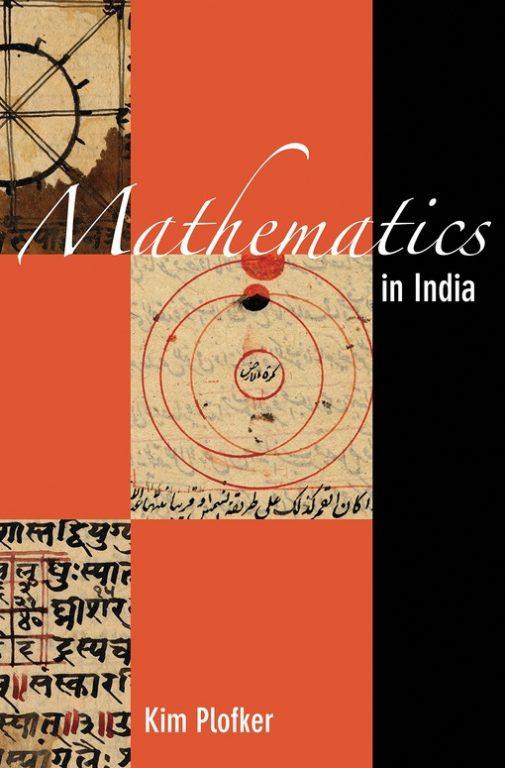 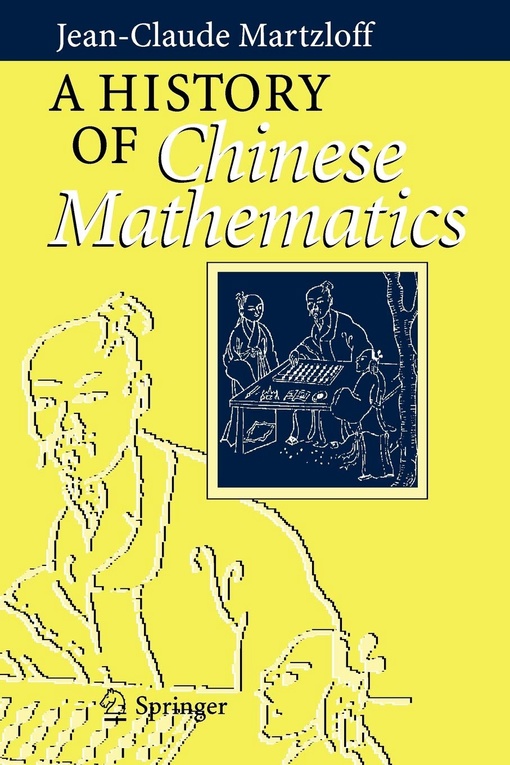