An Illustrated Guide to Samurai History and Culture: From the Age of Musashi to Contemporary Pop Culture

The ultimate visual guide to Samurai history and culture!

The Samurai are continuously celebrated as the greatest warriors the world has ever seen. They ruled Japan for centuries, finally uniting the nation after a prolonged period of brutal war and bloodshed. Though famed for their loyalty, honor, and chivalry, they could also be treacherous, bloodthirsty, and merciless.

This book tells the story of their rise and eventual demise through carefully curated images, both historical and contemporary, with an engaging and authoritative text by Gavin Blair–a noted commentator on all things Japanese. It exposes the myths surrounding the Samurai and reveals their many secrets, while examining their enduring influence on global culture in anime, manga, books, and video games.

Gorgeously illustrated with color prints, paintings, and photos throughout, this book features detailed chapters on
The rise of the Japanese warrior class and how they established their grip on political power
Rival clans, legendary Samurai, the unification of warlord states, and famous female Samurai
Samurai “tools of the trade”–swords, bows, spears, guns, castles, and armor
The cult of Bushido, the fabled warrior’s code
The transformation of Samurai into cultured “gentlemen” warriors, poets, and aristocrats
Their legacy in modern world literature, media, film, and popular culture
And so much more!
A foreword by leading Samurai historian Alexander Bennett, the celebrated translator of works such as The Complete Musashi and Hagakure, introduces readers to these fascinating warriors, who continue to captivate modern audiences. 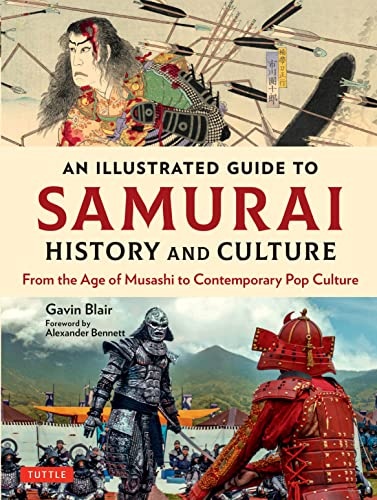 An Illustrated Guide to Samurai History and Culture From the Age of Musashi to Contemporary Pop Culture (Gavin Blair).epub
109.73 MB
Rating
( No ratings yet )
Like this post? Please share to your friends:
Related