Road to Freedom: A Journey from Occupied Tibet

In accordance with the Tibetan tradition of finding the reincarnations of high lamas, the guidance of His Holiness the Dalai Lama was sought to locate the rebirth of Nechung Rinpoche, who passed away in 1983. Rinpoche is the eminent lama of Nechung, the institution that houses the Chief State Oracle. His Holiness gave several clues: the year of the boy’s birth, the names of his parents, and the locale of Lhasa, the capital city of Tibet. A search party of three people-a monk from Nechung Monastery in India, Marya and Miguel-made journeys to Tibet in 1987 and 1993. Their search led them to sacred visionary lakes and ancient monasteries. The expeditions were precarious and filled with challenges such as where to look, whom to trust, and how to accomplish a nearly impossible mission in a Chinese communist-occupied country where surveillance was prevalent. Ultimately, the escape with the eight-year-old lama entailed crossing multiple heavily guarded checkpoints, including two international airports.

In this book Marya recounts the exciting tale of their journey, while at the same time revealing many aspects of Tibet’s religion and culture. The story is also an example of how setting a goal and taking a realistic and determined approach to fulfilling it eventually leads to success. 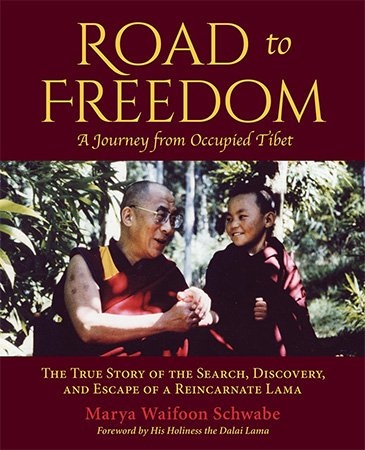