Munitions of the Mind. A History of Propaganda from the Ancient World to the Present Era – Philip M. Taylor

Munitions of the Mind: A History of Propaganda from the Ancient World to the Present Era – Philip M. Taylor
Manchester University Press | 2003 | PDF

A classic work, Munitions of the mind traces how propaganda has formed part of the fabric of conflict since the dawn of warfare, and how in its broadest definition it has also been part of a process of persuasion at the heart of human communication. Stone monuments, coins, broadsheets, paintings and pamphlets, posters, radio, film, television, computers and satellite communications – throughout history, propaganda has had access to ever more complex and versatile media. This third edition has been revised and expanded to include a new preface, new chapters on the 1991 Gulf War, information age conflict in the post-Cold War era, and the world after the terrorist attacks of September 11. It also offers a new epilogue and a comprehensive bibliographical essay. The extraordinary range of this book, as well as the original and cohesive analysis it offers, make it an ideal text for all international courses covering media and communications studies, cultural history, military history and politics. It will also prove fascinating and accessible to the general reader. 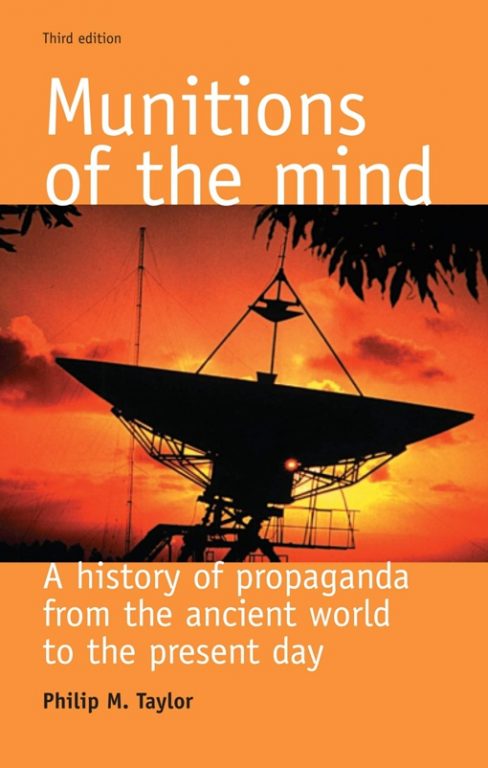 Munitions of the Mind. A History of Propaganda from the Ancient World to the Present Era - Philip M. Taylor.pdf
2.40 MB