China is the world’s most populous country and newest superpower, whose place on the international stage can only be understood through the lens of its modern history.

The Oxford History of Modern China is essential reading for anyone who wants to understand this rising power in what promises to be the ‘Chinese century’. Covering the period of dramatic shifts and surprising transformations which comprise China’s modern history, the book spans from the founding of the Qing Dynasty (1644-1912) to the present day. It introduces readers to important but often overlooked events in China’s past, such as the bloody Taiping Civil War (1850-1864),
and also sheds new light on more familiar landmarks in Chinese history, such as the Opium War (1839-1842), the Boxer Uprising of 1900, the rise to power of the Chinese Communist Party in 1949, the Tiananmen protests and Beijing Massacre of 1989, and China’s rise to economic superpower status in the 21st century.
A new chapter for this edition brings the story into the era of Xi Jinping. 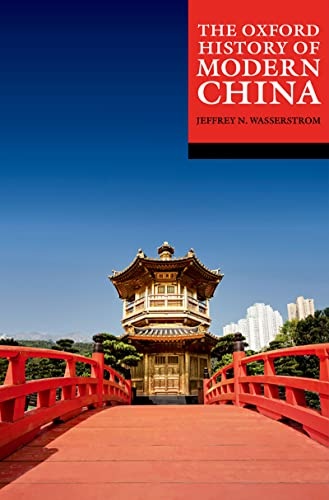