At 1345hrs on 6 October 1973, Israeli spotters in the observation post atop Mount Hermon saw Syrian gunners below them removing the camouflage nets from their guns. Ten minutes later shells began to rain down on Israeli positions all along the Golan Heights – The Yom Kippur War had begun. The shock Syrian attack caught the Israelis by surprise and by the afternoon of 7 October a Syrian brigade was less than 10km from the Sea of Galilee. Simon Dunstan describes in detail how amid desperate and bitter fighting the Israeli forces managed to turn the tide on the Golan Heights.

Israel’s victory in the 1967 ‘Six Day War’ sowed the seeds of the 1973 Yom Kippur War. At 1400hrs on 6 October 1973 the Egyptian army launched an assault crossing of the Suez Canal. The carefully co-ordinated attack achieved complete tactical surprise. The sand embankments of the Israeli Bar-Lev Line were breached and an Israeli counterattack thrown back with heavy losses. In the second of his two-volume analysis of the Yom Kippur War, Simon Dunstan details the fighting in the Sinai, culminating in Operation Gazelle, the Israeli counterattack across the Suez Canal. Although defeated militarily Egypt did ultimately succeed in forcing the Israelis back to the negotiating table. 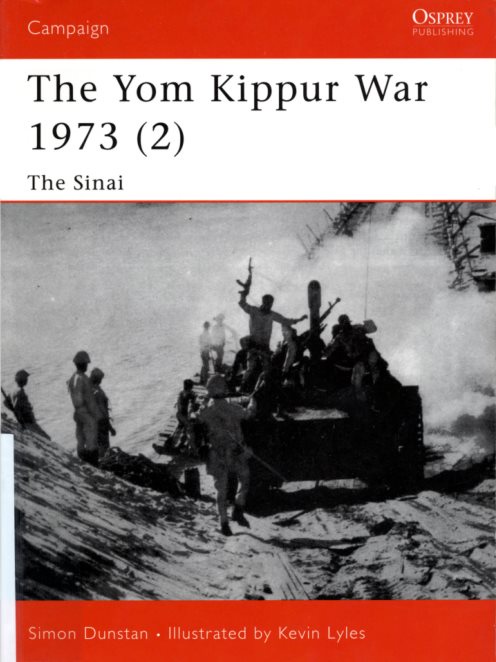