The birth of the Ottoman state is shrouded in legend. Whatever the truth of its origins, the Ottoman’s formed an Empire which almost succeeded in bringing Christian Europe to its knees. During the last decades of the 13th century, the ambitious Osman Bey’s tiny mountain state took eight frontier castles plus the Turkish town of Eskisehir. In 1299 Osman seized Yenisehir after working up the Kara Su valley. With this as its first real capital, the Ottoman state emerged into history poised above the fertile shores of the Sea of Marmara.

At the close of the 18th century the Ottoman Empire still had huge military potential. It was a complex structure of military provinces, autonomous regions and virtually independent ‘regencies’. The Ottoman Empire had a larger population than its land could actually support which resulted in bloated cities, migration to under-populated mountainous areas, widespread banditry and piracy. It also meant that Ottoman armies had a ready pool of military manpower. With numerous illustrations, including eight full page colour artworkss by Angus Mcbride, this fascinating text by David Nicolle explores the armies of the Ottoman empire from 1775 until 1820. 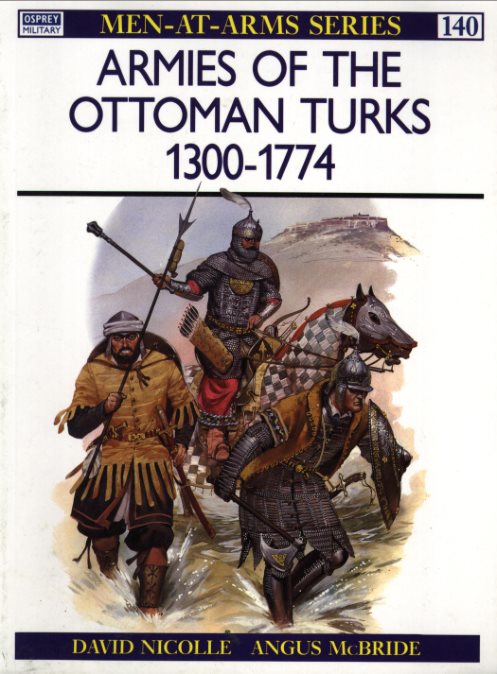 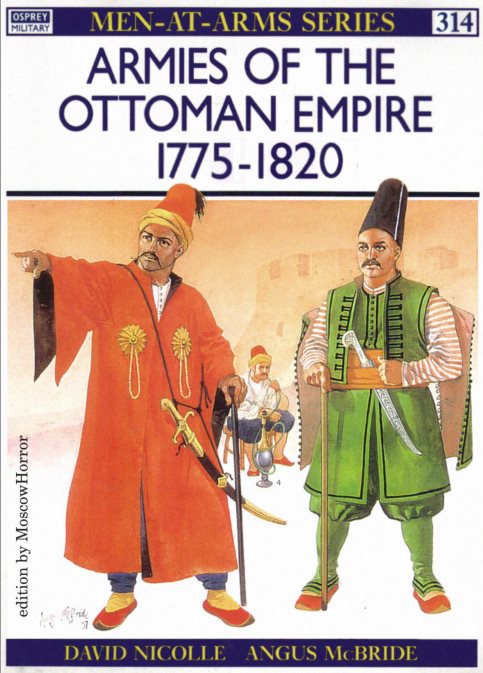