Ancient Greeks at War Warfare in the Classical World from Agamemnon to Alexander by Elliott, Simon

Ancient Greeks at War: Warfare in the Classical World from Agamemnon to Alexander

Ancient Greeks at War is a lavishly illustrated tour de force covering every aspect of warfare in the Ancient Greek world from the beginnings of Greek civilization through to its assimilation into the ever expanding world of Rome. As such it begins with the onset Minoan culture on Crete around 2,000 BC, then covers the arrival of the Mycenaean civilization and the ensuing Late Bronze Age Collapse, before moving on to Dark Age and Archaic Greece. This sets the scene for the flowering of Classical Greek civilization, as told through detailed narratives of the Greek and Persian Wars, Peloponnesian Wars and the rise of Thebes as a major power.

The book then moves on to the onset of Macedonian domination under Philip II, before focusing in detail on the exploits of his son Alexander the Great, the all-conquering hero of the ancient world. His legacy was the Hellenistic world with its multiple, never ending series of conflicts that took place over a huge territory, ranging from Italy in the west all the way to India in the east. Those covered include the various Wars of the Successors, the rise of the Bactrian-Greek and Indo-Greek kingdoms, the various wars between the Antigonid Macedonian, Seleucid and Ptolemaic kingdoms, and later the onset of the clash of cultures between the rising power of Rome in the west and the Hellenistic kingdoms. In the long run the latter proved unable to match Rome’s insatiable desire for conquest in the eastern Mediterranean, and this together with the rise of Parthia in the east ensured that one by one the Hellenistic kingdoms and states fell. The book ends with the destruction of Corinth in 146 BC after the defeat by Rome of the Achaean League. The conclusion considers the legacy of the Ancients Greeks in the Roman world, and subsequently. 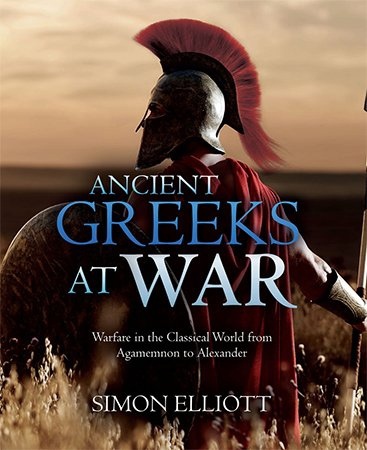 Ancient Greeks at War Warfare in the Classical World from Agamemnon to Alexander by Elliott, Simon.epub
125.87 MB