Sources of Japanese Tradition. Volume 1. From Earliest Times to 1600

Sources of Japanese Tradition is a best-selling classic, unrivaled for its wide selection of source readings on history, society, politics, education, philosophy, and religion in the Land of the Rising Sun. In this long-awaited second edition, the editors have revised or retranslated most of the texts in the original 1958 edition, and added a great many selections not included or translated before. They have also restructured volume 1 to span the period from the early Japanese chronicles to the end of the sixteenth century. New additions include:

* readings on early and medieval Shinto and on the tea ceremony,

* readings on state Buddhism and Chinese political thought influential in Japan, and

* sections on women’s education, medieval innovations in the uses of history, and laws and precepts of the medieval warrior houses.

Together, the selections shed light on the development of Japanese civilization in its own terms, without reference to Western parallels, and will continue to assist generations of students and lay readers in understanding Japanese culture.

For almost fifty years, Sources of Japanese Tradition has been the single most valuable collection of English-language readings on Japan. Unrivalled in its wide selection of source materials on history, society, politics, education, philosophy, and religion, the two-volume textbook is a crucial resource for students, scholars, and readers seeking an introduction to Japanese civilization.

Originally published in a single hardcover book, Volume 2 is now available as an abridged, two-part paperback. Part 1 covers the Tokugawa period to 1868, including texts that address the spread of neo-Confucianism and Buddhism and the initial encounters of Japan and the West. Part 2 begins with the Meiji period and ends at the new millennium, shedding light on such major movements as the Enlightenment, constitutionalism, nationalism, socialism, and feminism, and the impact of the postwar occupation. Commentary by major scholars and comprehensive bibliographies and indexes are included.

Together, these readings map out the development of modern Japanese civilization and illuminate the thought and teachings of its intellectual, political, and religious leaders. 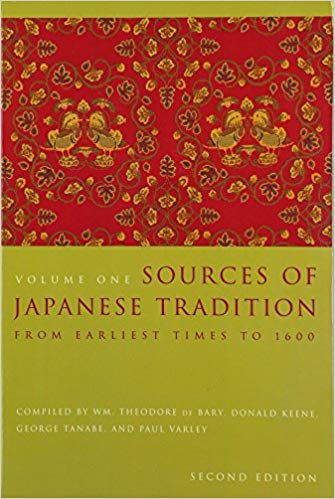 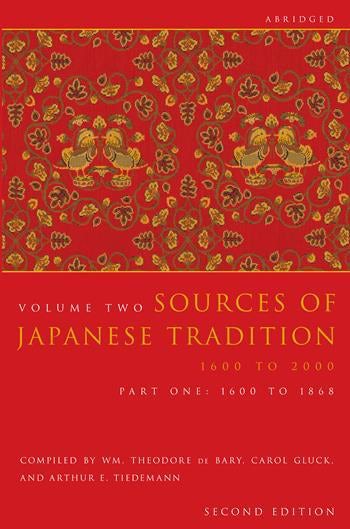