A history of violence : living and dying in Central America
Oscar Martinez, John B. Washington, Daniela Maria Ugaz, Jon Lee Anderson
This is a book about one of the deadliest places in the world

El Salvador and Honduras have had the highest homicide rates in the world over the past ten years, with Guatemala close behind. Every day more than 1,000 people—men, women, and children—flee these three countries for North America. Óscar Martínez, author of The Beast, named one of the best books of the year by the Economist, Mother Jones, and the Financial Times, fleshes out these stark figures with true stories, producing a jarringly beautiful and immersive account of life in deadly locations.

Martínez travels to Nicaraguan fishing towns, southern Mexican brothels where Central American women are trafficked, isolated Guatemalan jungle villages, and crime-ridden Salvadoran slums. With his precise and empathetic reporting, he explores the underbelly of these troubled places. He goes undercover to drink with narcos, accompanies police patrols, rides in trafficking boats and hides out with a gang informer. The result is an unforgettable portrait of a region of fear and a subtle analysis of the North American roots and reach of the crisis, helping to explain why this history of violence should matter to all of us

The Beast: Riding the Rails and Dodging Narcos on the Migrant Trail
Oscar Martinez, Daniela Maria Ugaz, John Washington, Francisco Goldman
One day a few years ago, 300 migrants were kidnapped between the remote desert towns of Altar, Mexico, and Sasabe, Arizona. A local priest got 120 released, many with broken ankles and other marks of abuse, but the rest vanished. Óscar Martínez, a young writer from El Salvador, was in Altar soon after the abduction, and his account of the migrant disappearances is only one of the harrowing stories he garnered from two years spent traveling up and down the migrant trail from Central America and across the US border. More than a quarter of a million Central Americans make this increasingly dangerous journey each year, and each year as many as 20,000 of them are
kidnapped.

Martínez writes in powerful, unforgettable prose about clinging to the tops of freight trains; finding respite, work and hardship in shelters and brothels; and riding shotgun with the
border patrol. Illustrated with stunning full-color photographs, The Beast is the first book to shed light on the harsh new reality of the migrant trail in the age of the narcotraficantes. 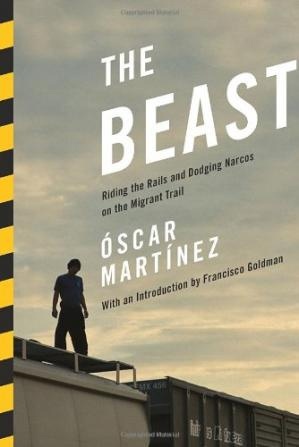 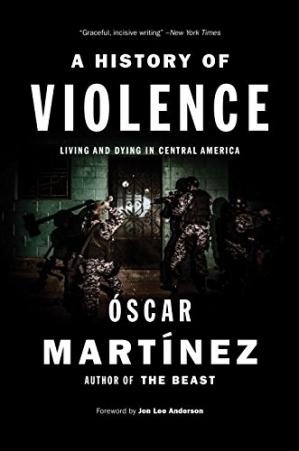