For 100 years little attention has been paid to the Russian army that fought the Germans and the Austro-Hungarians in the First World War on the Eastern Front. Yet the Tsar’s army played a critical part in the global conflict and was engaged in a sequence of shattering campaigns that were waged on a massive scale on several fronts across Eastern Europe. Nik Cornish, in this heavily illustrated account, seeks to set the record straight. In a selection of almost 200 archive photographs he gives a graphic impression of the Russian army of the time, of the soldiers and commanders, and of the conditions in which they fought. He describes the key stages in the struggle – the battles of Tannenberg and the Masurian Lakes, the Przemysl siege, the Gorlice-Tarnow and Brusilov offensives and the Romanian and Turkish campaigns. His book is a fascinating photographic record of the army under the Tsar Nicholas II, then under the Provisional Government and the Bolshevik rule that succeeded him. The impact of the Russian revolution is also revealed in the photographs which take the story through from the initial outbreaks of discontent and the abdication of the Tsar to Lenin’s take-over and the end of Russia’s war – and of the imperial army – in 1917.

Arranged in five sections, one for each year of the War, this superbly illustrated book covers the fluid fighting that took place on the Russian Front from August 1914. Each year saw dramatic developments: 1914 Poland, Tannenberg, the Carpathian passes 1915 actions in Galicia, the Baltic 1916 the Brinsilov offensive 1917 the collapse of the German army and 1918 the Treaty of Brest-Litovsk and continued fighting along the Baltic and in the Ukraine. Its emphasis on the German point-of-view and operations on many fronts makes it especially valuable to the many who seek greater insight into the actions of our enemy. 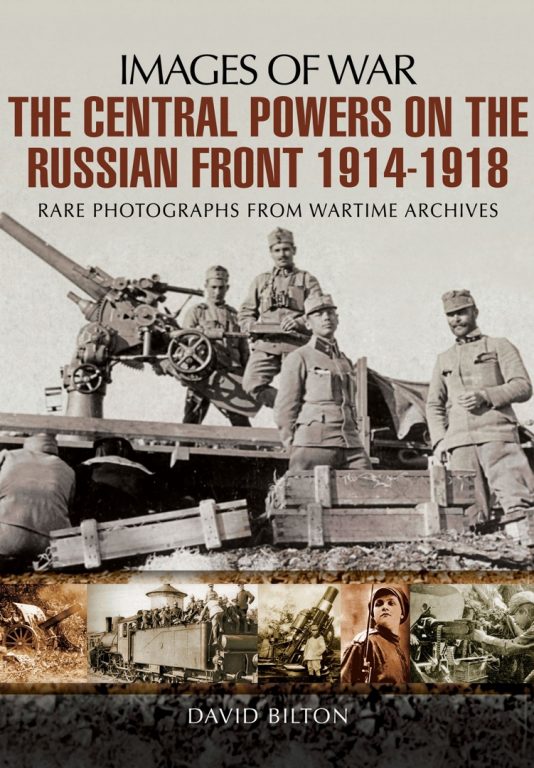