Life after Google : the fall of big data and the rise of the blockchain economy

“Google’s algorithms assume the world’s future is nothing more than the next moment in a random process. George Gilder shows how deep this assumption goes, what motivates people to make it, and why it’s wrong: the future depends on human action.” — Peter Thiel, founder of PayPal and Palantir Technologies and author of Zero to One: Notes on Startups, or How to Build the Future.

“If you want to be clued in to the unfolding future, then you have come to the right place. For decades, George Gilder has been the undisputed oracle of technology’s future. Are giant companies like Google, Amazon, and Facebook the unstoppable monopolistic juggernauts that they seem, or are they dysfunctional giants about to be toppled by tech-savvy, entrepreneurial college dropouts?” — Nick Tredennick, Ph.D., Chief Scientist, QuickSilver TechnologLife after Google : the fall of big data and the rise of the blockchain economy 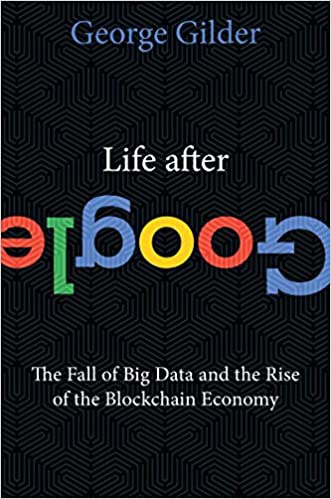