How much do you know about Spain? There’s so much to learn about the largest country in the Iberian Peninsula that it could fill several books and you still wouldn’t even know it all. In this trivia book, you’ll learn several fascinating and fun facts about Spain’s history (ancient and modern), pop culture, geography, folklore, and so much more!

This book is packed with trivia facts about Spain that will at times make you wonder and at other times freak you out. There is no doubt, though, that all of the facts in this book will fascinate you.

Whether you just have a passing interest in Spain, or planning on visiting the country, or you already think you’re an expert on the country, you are sure to learn something new on every page of this book. You will amaze not only yourself with your newfound knowledge about Spain, but also your friends and family.

So what are you waiting for? Open the pages and get started learning more about Spain! 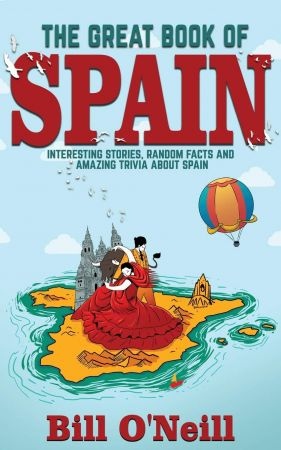