A World History of War Crimes: From Antiquity to the Present, 2nd Edition

The greatly expanded and enhanced 2nd edition of A World History of War Crimes provides an authoritative and accessible introduction to the global history of war crimes and the laws of war. Tracing human efforts to limit warfare, from codes of war in antiquity designed to maintain a religiously conceived cosmic order to the gradual use in the modern age of the criminal trial as a means of enforcing universal humanitarian norms, Michael S. Bryant’s book is a masterful one-volume account of the subject.

This new edition includes, for the first time:

* Two chapters providing extensive coverage of the Americas, Africa and the Middle East
* Strengthened chronological boundaries – a new chapter on the Incas, Aztecs, Mayan, and North American Indian tribes, as well as more material across all regions in ancient times; discussion of contemporary war crimes committed in Afghanistan, Iraq, Myanmar and Syria
* A historiographical essay to broaden your understanding of the field
* An added final chapter focusing on the social, cultural and psychological aspects of the subject

A World History of War Crimes is vital reading for anyone needing to understand the history of war in one of its most significant contexts. 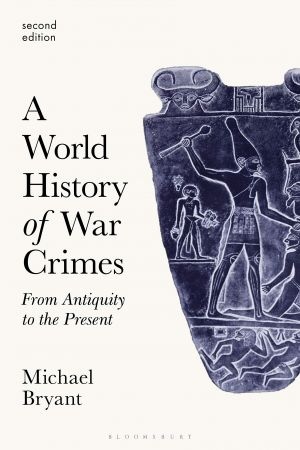