24 Hours in Ancient China: A Day in the Life of the People Who Lived There

Travel back to AD 17, during the fourth year of the reign of Wang Mang of the Han dynasty, a vibrant and innovative era full of conflicts and contradictions. But as different as the Han culture might have been to other great ancient civilizations, the inhabitants of ancient China faced the same problems as people have for time immemorial: earning enough money, coping with workplace dramas and keeping your home in order . . . although the equivalent in this era was more about bribing inspectors, avoiding bullying from abusive watchmen and trying to keep your house from being looted by Huns. In each chapter we meet one of 24 citizens of this ancient culture, from the midwife to the soldier, the priest to the performer and the blacksmith to the tomb looter, and see what an average day in ancient China was really like. 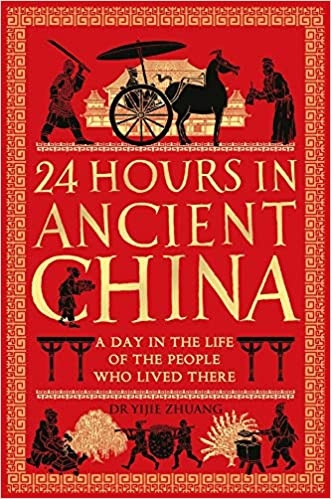