The Ancient Egyptian Book of the Dead

The Ancient Egyptian Book of the Dead

Discover the magic of ancient Egypt in this comprehensive text.

Ancient Egyptian Book of the Dead is a compendium of classic texts by one of the greatest translators and historians of ancient Egypt, as well as one of the most renowned Egyptologists of all time, E.A. Wallis Budge.

In Part I, using plain, simple, easy-to-understand language, Budge delves into the history, instructions, motifs, themes, spells, incantations, and charms written for the dead that ancient Egyptians would need to employ to pass from this world into the next.

Throughout centuries, these “books of the dead man” were often found buried alongside mummies and inside tombs, which locals and grave robbers would collect.

In Part II, Budge’s classic translation of the Book of the Dead from the Papyrus of Ani (and others) is presented in its original format and contains the prayers, incantations, and ancient text used to help guide the dead during their journey.

Finally, in Part III, a list of Egyptian deities is provided. Illustrated throughout with great care, including photos, fine art, and other illustrations, this edition will bring the historic afterlife guide back to life 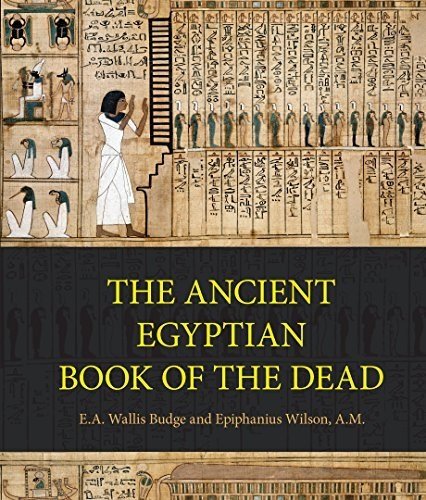