In the Valley of Mist

In the Valley of Mist: Kashmir’s long war: one family’s extraordinary story

Mohammed Dar and his three brothers were born in a boat on a lake in Kashmir, a place of exquisite beauty that was to become a war zone and nuclear flashpoint. This Himalayan valley of water, mist and mountains was once one of India’s greatest tourist draws. In 1989 it exploded into insurgency. Kashmir became a rallying cry for jihadi movements all over the region and Pakistan’s backing of the conflict triggered, in part, its own Islamist crisis. Mohammed Dar and his family found themselves living inside a new and foreign world of violence.

Justine Hardy has stayed with the Dar family for many years, reporting on the conflict. She tells their story of living through the destruction of their adored homeland. Through their eyes we see the rise of religious fundamentalism and intolerance, the ethnic cleansing of the Hindu population of the valley, and the recruitment of a generation to jihad. And, amid the fighting, families continue to try and educate their children, find work, and protect their physical and mental well-being, while attempting to build some kind of future beyond the annihilation of their old way of life. In The Valley of Mist is an extraordinary story of family survival, at the heart of a conflict within and beyond the Muslim world 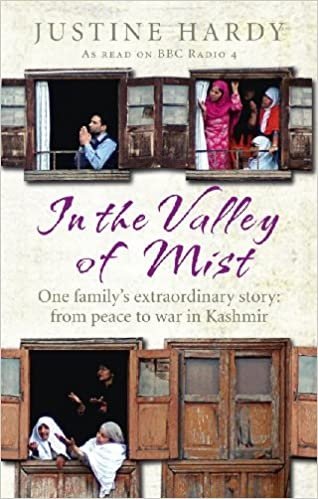 In the Valley of Mist.epub
1.38 MB
More magazines
on the
MAGAZINELIB.COM