Allies with the Infidel. The Ottoman and French Alliance in the 16th Century – C. Isom-Verhaaren

Allies with the Infidel: The Ottoman and French Alliance in the Sixteenth Century – Christine Isom-Verhaaren
I.B.Tauris | 2013 | PDF

In 1543, the Ottoman fleet appeared off the coast of France to bombard and lay siege to the city of Nice. The operation, under the command of Admiral Barbarossa, came in response to a request from François I of France for assistance from Sultan Süleyman the Magnificent in France’s struggle against Charles V, the Habsburg Holy Roman Emperor and King of Spain. This military alliance between mutual ‘infidels’, the Christian French King and the Muslim Sultan, aroused intense condemnation on religious grounds from the Habsburgs and their supporters as an aberration from accepted diplomacy. Memories of the Crusades were, after all, still very much alive in Europe and an alliance with ‘the Turk’ seemed unthinkable to many. Allies with the Infidel places the events of 1543 and the subsequent wintering of the Ottoman fleet in Toulon in the context of the power politics of the sixteenth century. Relying on contemporary Ottoman and French sources, it presents the real politik of diplomacy with ‘infidels’ in the early modern era. The result is essential reading for students and scholars of European history, Ottoman Studies, and of relations between the Christian and Islamic worlds. 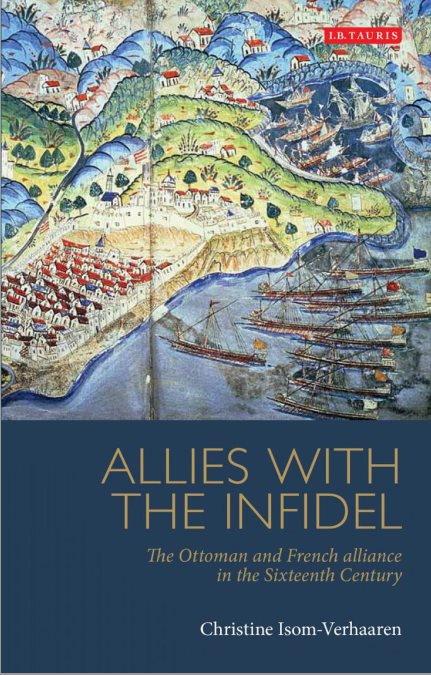 Allies with the Infidel. The Ottoman and French Alliance in the 16th Century - C. Isom-Verhaaren.pdf
2.77 MB