Silk, the Thread that Tied the World

“Over a thousand years ago the Chinese discovered that the slender filaments that formed the cocoon of the silk moth, could be woven into beautiful shimmering fabrics. For centuries they were able to keep the process a secret, but eventually started to trade the valuable cloth with the west, along the silk road. Silk was a luxury item that bestowed prestige, so it was inevitable that the wealthy wanted there silks to be as elaborate as possible, beautiful designs were produced in the Islamic world and gradually a European industry developed. In the 19th century mechanisation of the time consuming hand weaving process, had resulted in products being produced using the Jacquard loom, which used punched cards to create a pattern. Silk remains the most beautiful woven material in the world, moving from its origins in ancient China to help transform the whole world.” 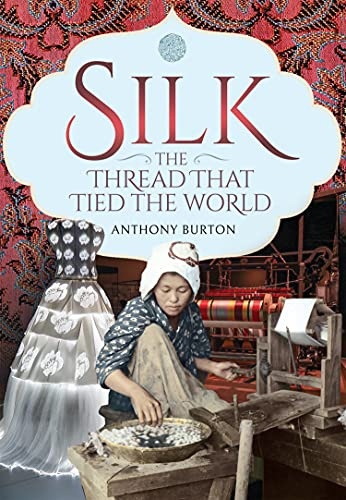