After Steve: How Apple Became a Trillion-Dollar Company and Lost Its Soul
Tripp Mickle

From the Wall Street Journal’s Tripp Mickle, the dramatic, untold story inside Apple after the passing of Steve Jobs by following his top lieutenants—Jony Ive, the Chief Design Officer, and Tim Cook, the COO-turned-CEO—and how the fading of the former and the rise of the latter led to Apple losing its soul.

Steve Jobs called Jony Ive his “spiritual partner at Apple.” The London-born genius was the second-most powerful person at Apple and the creative force who most embodies Jobs’s spirit, the man who designed the products adopted by hundreds of millions the world over: the iPod, iPad, MacBook Air, the iMac G3, and the iPhone. In the wake of his close collaborator’s death, the chief designer wrestled with grief and initially threw himself into his work designing the new Apple headquarters and the Watch before losing his motivation in a company increasingly devoted more to margins than to inspiration.

In many ways, Cook was Ive’s opposite…. 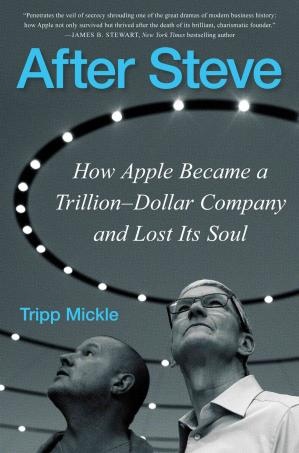 After Steve How Apple Became a Trillion-Dollar Company and Lost Its Soul (Tripp Mickle).epub
15.54 MB
Rating
( No ratings yet )
Like this post? Please share to your friends:
Related