Adventurer. The Life and Time of Giacomo Casanova (Leo Damrosch)

Adventurer. The Life and Time of Giacomo Casanova
Leo Damrosch

“A nuanced, deftly contextualized biography of an adventurer, an opportunist, and a man of voracious appetites . . . another top-notch work from Damrosch.”—Kirkus Reviews (starred review)

“An eye-opening and well-informed study of an ‘extraordinary character’ in all his darkness and brilliance.”—Publishers Weekly

The life of the iconic libertine Giacomo Casanova (1725–1798) has never been told in the depth it deserves. An alluring representative of the Enlightenment’s shadowy underside, Casanova was an aspiring priest, an army officer, a fortune teller, a con man, a magus, a violinist, a mathematician, a Masonic master, an entrepreneur, a diplomat, a gambler, a spy—and the first to tell his own story. In his vivid autobiography Histoire de Ma Vie, he recorded at least a hundred and twenty love affairs, as well as dramatic sagas of duels, swindles, arrests, and escapes. He knew kings and an empress, Catherine the Great, and most of the famous writers of the time, including Voltaire and Benjamin Franklin.
Drawing on seldom used materials, including the original French and Italian primary sources, and probing deeply into the psychology, self-conceptions, and self-deceptions of one of the world’s most famous con men and seducers, Leo Damrosch offers a gripping, mature, and devastating account of an Enlightenment man, freed from the bounds of moral convictions. 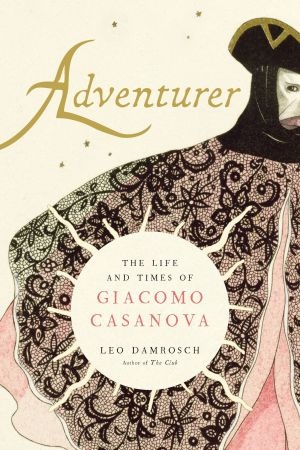