Ten Thousand Years of Inequality: The Archaeology of Wealth Differences

Is wealth inequality a universal feature of human societies, or did early peoples live an egalitarian existence? How did inequality develop before the modern era? Did inequalities in wealth increase as people settled into a way of life dominated by farming and herding? Why in general do such disparities increase, and how recent are the high levels of wealth inequality now experienced in many developed nations? How can archaeologists tell?

Ten Thousand Years of Inequality addresses these and other questions by presenting the first set of consistent quantitative measurements of ancient wealth inequality. The authors are archaeologists who have adapted the Gini index, a statistical measure of wealth distribution often used by economists to measure contemporary inequality, and applied it to house-size distributions over time and around the world. Clear descriptions of methods and assumptions serve as a model for other archaeologists and historians who want to document past patterns of wealth disparity.

The chapters cover a variety of ancient cases, including early hunter-­gatherers, farmer villages, and agrarian states and empires. The final chapter synthesizes and compares the results. Among the new and notable outcomes, the authors report a systematic difference between higher levels of inequality in ancient Old World societies and lower levels in their New World counterparts.

For the first time, archaeology allows humanity’s deep past to provide an account of the early manifestations of wealth inequality around the world. 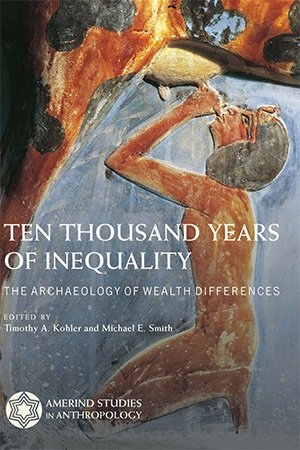