My Mother’s War: The Incredible True Story of How a Resistance Fighter Survived Three Concentration Camps

The extraordinary story of Sabine Zuur, a beautiful, young Dutch resistance fighter who spent over two years in three concentration camps during World War Two, told by her daughter using an astonishing archive of personal letters

After her mother’s death, Eva Taylor discovered an astounding collection of documents, photos and letters from her time as a resistance fighter in Nazi-occupied Holland. Using the letters, she reconstructed her mother’s experience in the underground resistance movement and then as a prisoner in the Amersfoort, Ravensbruck and Mauthausen concentration camps.

The letters reveal an amazing story of life during wartime, including declarations of love from her fiancé before his tragic death as a Spitfire pilot, prison notes smuggled out in her laundry, and passionate but sometimes terrifying messages from a German professional criminal who ultimately would save Sabine’s life.

A one-of-a-kind story of survival, My Mother’s War captures a remarkable life in the words of the young woman who lived it. 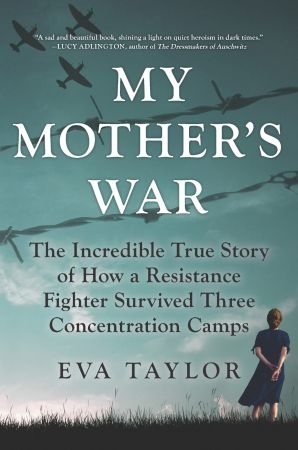