An Unholy Brew. Alcohol in Indian History and Religions

The first comprehensive book on alcohol in pre-modern India, An Unholy Brew: Alcohol in Indian History and Religions uses a wide range of sources from the Vedas to the Kamasutra to explore drinks and styles of drinking, as well as rationales for abstinence from the earliest Sanskrit written records through the second millennium CE.

McHugh begins by surveying the intoxicating drinks that were available, including grain beers, palm toddy, and imported wine, detailing the ways people used grains, sugars, fruits, and herbs over the centuries to produce an impressive array of liquors. He presents myths that explain how drink came into being and how it was assigned the ritual and legal status it has in our time. The book also explores Hindu, Buddhist, and Jain moral and legal texts on drink and abstinence, as well as how drink is used in some Tantric rituals, and translates in full a detailed description of the goddess Liquor, Suradevi. Cannabis, betel, soma, and opium are also considered. Finally, McHugh investigates what has happened to these drinks, stories, and theories in the last few centuries.

An Unholy Brew brings to life the overlooked, complex world of brewing, drinking, and abstaining in pre-modern India, and offers illuminating case studies on topics such as law and medicine, even providing recipes for some drinks. 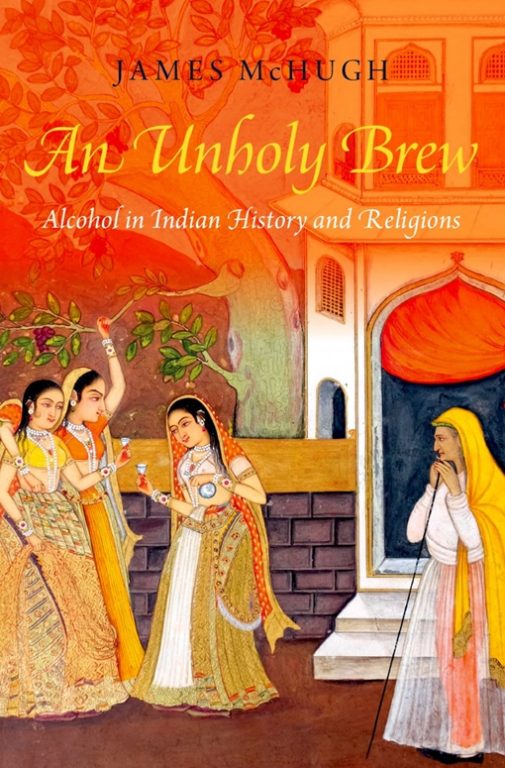 An Unholy Brew. Alcohol in Indian History and Religions.pdf
10.33 MB