The Multilingual Experience in Egypt, from the Ptolemies to the Abbasids

The Multilingual Experience in Egypt, from the Ptolemies to the Abbasids – Arietta Papaconstantinou
Routledge | 2016 | PDF

For over a millennium and a half, Egypt was home to at least two commonly used languages of communication. Although this situation is by no means exceptional in the ancient and medieval worlds, the wealth of documentary sources preserved by Egypt’s papyri makes the country a privileged observation ground for the study of ancient multilingualism. One of the greatest contributions of papyri to this subject is that they capture more linguistic registers than other ancient and medieval sources, since they range from very private documents not meant by their author to be read by future generations, to official documents produced by the administration, which are preserved in their original form. This collection of essays aims to make this wealth better known, as well as to give a diachronic view of multilingual practices in Egypt from the arrival of the Greeks as a political force in the country with Alexander the Great, to the beginnings of Abbasid rule when Greek, and slowly also Coptic, receded from the documentary record. The first section of the book gives an overview of the documentary sources for this subject, which for ancient history standards are very rich and as yet under-exploited. The second part contains several case studies from different periods that deal with language use in contexts of varying breadth and scope, from its the ritual use in magic or the liturgy to private letters and state administration. 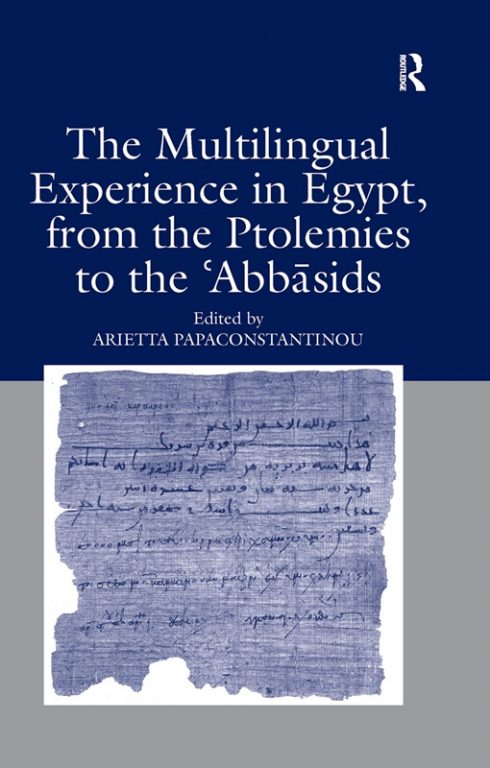 The Multilingual Experience in Egypt, from the Ptolemies to the Abbasids.pdf
3.71 MB