Strategic and Operational Deception in the Second World War – Michael I. Handel

New information obtained from the declassification of Ultra intercepts and other Second World War documents as well as from recent scholarly research has credited Allied deception operations with an even more important contribution to winning the war than was previously supposed. Yet deception is only one factor in the achievement of victory; it cannot guarantee success. It must be fully understood and exploited by the highest levels of command. Most histories of deception operations during the Second World War have focused on those that were successful. Instances in which deception operations failed to achieve their objectives are discussed by John Campbell, who describes an early attempt to convince the Germans that the Allies intended to invade at Pas de Calais in the summer of 1943, and by Katherine Herbig, who gives the first detailed description of US deception operations in the Pacific. Klaus-Jurgen Muller questions the actual effectiveness of deception operations against the Germans. He argues that many successes attributed to the Allies’ use of deception were in fact achieved by independent considerations on the German side. Professor Muller builds a particularly strong case in challenging the success of Operation Fortitude North, in which the Allies tried to divert German troops to Norway before invading Normandy. Although very little is known of Soviet deception operations on the Eastern Front, it must be remembered that they were conducted on a much larger scale than those of either the British in Europe or the Americans in the Pacific. Colonel David Glantz’s account of Soviet deception and covert activities offers a version of the historiography of the war between the USSR and Germany which may explain some of the monumental German failures. Tom Cubbage not only contributes a synthesis of the primary and secondary sources available on the deception operations preceding Overlord, but also reviews the so-called Hesketh Report – Fortitude: A History of Strategic Deception in North Western Europe April 1943 to May 1945, Colonel Roger Hesketh’s official report on Allied deception operations against the Germans in north-west Europe which was declassified in 1976, yet remains unpublished. It indicates that Professor Muller’s suspicions that the Allies over-estimated the impact of Fortitude are unfounded. Edited and with a comprehensive introduction by Michael Handel, these important and original studies put the entire deception effort during the Second World War into a more balanced and accurate perspective.

Secret Codes, ciphers, strategic misdirection, and more: Deception was one of the most powerful weapons utilized by the Allies in World War II. Here are all the amazing tricks and leaked misfortunes—many revealed for the first time—that helped lure the Axis powers into false, even dangerous, positions. The collection of incredible codes, surreptitious spies, and false battle plans is made all the more enjoyable by Thaddeus Holt’s masterful writing, as well as the accompanying photos. His novel-like storytelling includes many illuminating profiles of the war’s central figures and the roles they played in specific deceptive operations.

I liked this book because the author did a thourough historical study which allows him to draw conclusions. The topic is huge, this book too but you can’t be picky and choose a period and draw conclusions from it. This work is very helpful because it shows how the Soviets learnt and improved year after year. Their deception tactics became more subtle and comprehensive. It became very hard to know where they would strike, or if it wasn’t they made sure the Germans wouldn’t guess when it would happen nor if it was a secondary attack or not. Col. Glantz shows the paralysing effects of deception on the Germans. This quality comes from attention given to all details, to secrecy and strict control of execution.

Yes it is a bit diffucult at times to focus on the number of a particular army or division in the flow of units, and there are not too many anecdotes…however, this work is a very convincing demonstration. No other theatre of war involved so many units and actions, nowhere else could we have such a material to show how to play on a well known opponents’ fears and preconceptions.

The Soviet-German War of 1941-1945 was the most extensive intelligence/counterintelligence war in modern history, involving the capture, torture, deportation, execution, and “doubling” of tens of thousands of agents—most of them Soviet citizens. While Russian armies fought furiously to defeat the Wehrmacht, Stalin’s security services waged an equally ruthless secret war against Hitler’s spies, as well as against the Soviet population. For the first time, Robert Stephan now combines declassified U.S. intelligence documents, captured German records, and Russian sources, including a top-secret Soviet history of its intelligence and security services, to reveal the magnitude and scope of the brutal but sophisticated Soviet counterintelligence war against Nazi Germany.

Employing as many as 150,000 trained agents across a 2,400-mile front, the Soviets neutralized the majority of the more than 40,000 German agents deployed against them. As Stephan shows, their combination of Soviet military deception operations and State Security’s defeat of the Abwehr’s human intelligence effort had devastating consequences for the German Army in every major battle against the Red army, including Moscow, Stalingrad, Kursk, the Belorussian offensive, and the Vistula-Oder operation.

Simultaneously, Soviet State Security continued to penetrate the world’s major intelligence services including those of its allies, terrorize its own citizens to prevent spying, desertion, and real or perceived opposition to the regime, and run millions of informants, making the USSR a vast prison covering one sixth of the world’s surface.

Stephan discusses all facets of the Soviet counterintelligence effort, including the major Soviet “radio games” used to mislead the Germans—operations Monastery, Berezino, and those that defeated Himmler’s Operation Zeppelin. He also gives the most comprehensive account to date of the Abwehr’s infamous agent “Max,” whose organization allegedly ran an entire network of agents inside the USSR, and reveals the reasons for Germany’s catastrophic under-estimation of Soviet forces by more than one million men during their 1944 summer offensive in Belorussia.

In February 1942, intelligence officer Victor Jones erected 150 tents behind British lines in North Africa. “Hiding tanks in Bedouin tents was an old British trick,” writes Nicholas Rankin. German general Erwin Rommel not only knew of the ploy, but had copied it himself. Jones knew that Rommel knew. In fact, he counted on it–for these tents were empty. With the deception that he was carrying out a deception, Jones made a weak point look like a trap.

In A Genius for Deception, Nicholas Rankin offers a lively and comprehensive history of how Britain bluffed, tricked, and spied its way to victory in two world wars. As Rankin shows, a coherent program of strategic deception emerged in World War I, resting on the pillars of camouflage, propaganda, secret intelligence, and special forces. All forms of deception found an avid sponsor in Winston Churchill, who carried his enthusiasm for deceiving the enemy into World War II. Rankin vividly recounts such little-known episodes as the invention of camouflage by two French artist-soldiers, the creation of dummy airfields for the Germans to bomb during the Blitz, and the fabrication of an army that would supposedly invade Greece. Strategic deception would be key to a number of WWII battles, culminating in the massive misdirection that proved critical to the success of the D-Day invasion in 1944.

Deeply researched and written with an eye for telling detail, A Genius for Deception shows how the British used craft and cunning to help win the most devastating wars in human history. 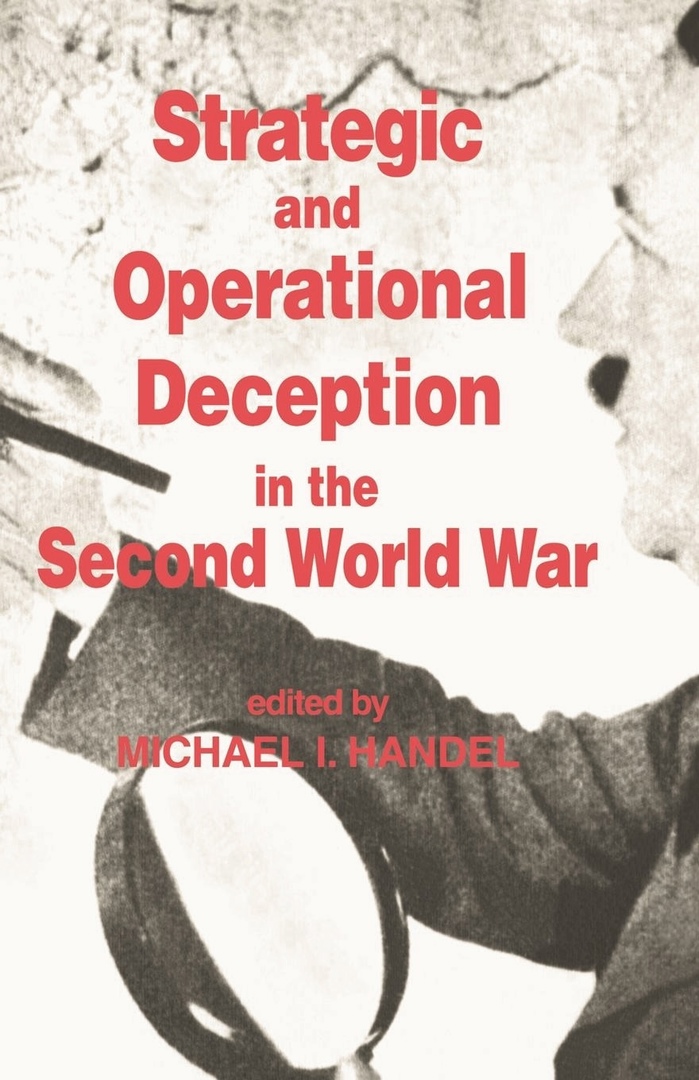 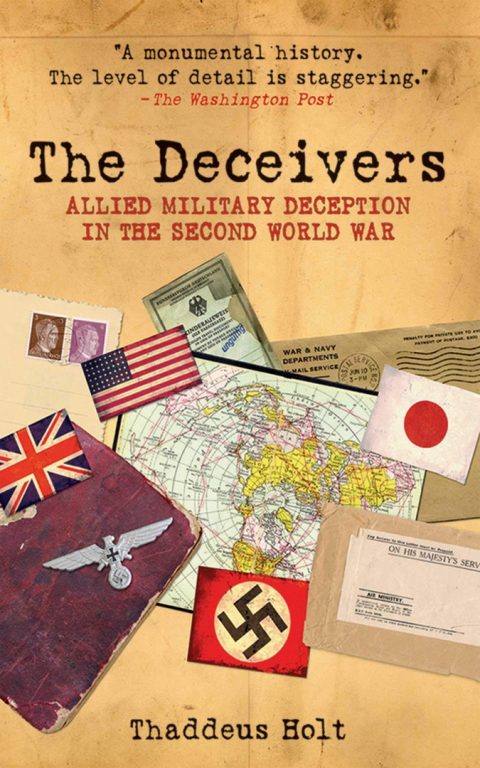 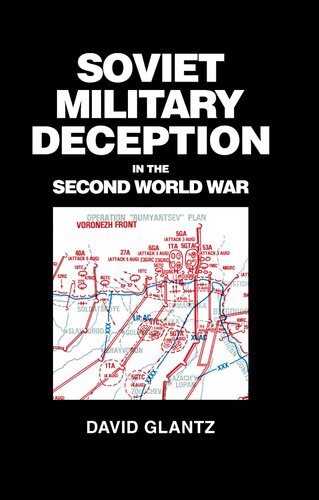 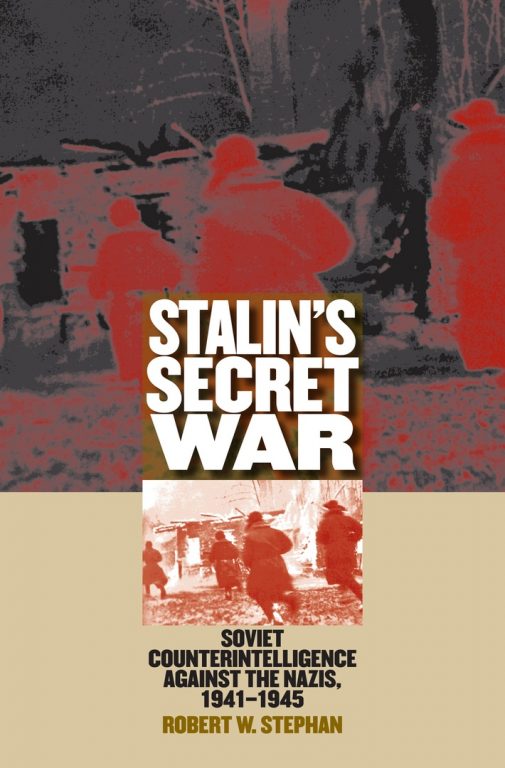 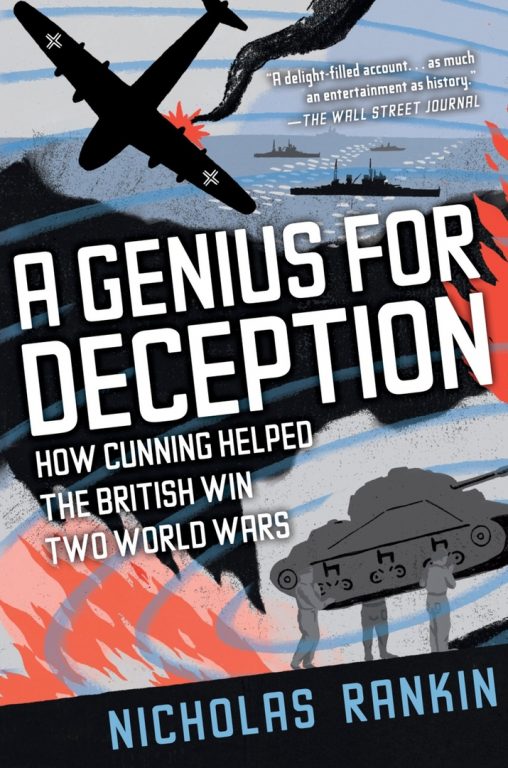