Politics and Expertise: How to Use Science in a Democratic Society

A new model for the relationship between science and democracy that spans policymaking, the funding and conduct of research, and our approach to new technologies

Our ability to act on some of the most pressing issues of our time, from pandemics and climate change to artificial intelligence and nuclear weapons, depends on knowledge provided by scientists and other experts. Meanwhile, contemporary political life is increasingly characterized by problematic responses to expertise, with denials of science on the one hand and complaints about the ignorance of the citizenry on the other.

Politics and Expertise offers a new model for the relationship between science and democracy, rooted in the ways in which scientific knowledge and the political context of its use are imperfect. Zeynep Pamuk starts from the fact that science is uncertain, incomplete, and contested, and shows how scientists’ judgments about what is significant and useful shape the agenda and framing of political decisions. The challenge, Pamuk argues, is to ensure that democracies can expose and contest the assumptions and omissions of scientists, instead of choosing between wholesale acceptance or rejection of expertise. To this end, she argues for institutions that support scientific dissent, proposes an adversarial “science court” to facilitate the public scrutiny of science, reimagines structures for funding scientific research, and provocatively suggests restricting research into dangerous new technologies.

Through rigorous philosophical analysis and fascinating examples,Politics and Expertise moves the conversation beyond the dichotomy between technocracy and populism and develops a better answer for how to govern and use science democratically. 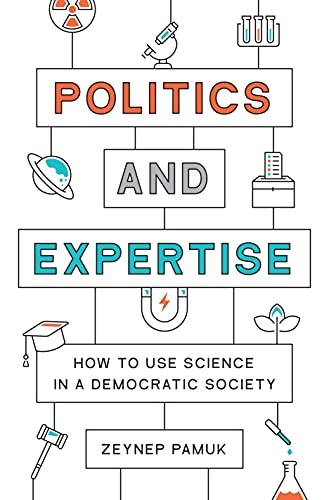