The borders of the Roman Empire were frontiers that were often wild and dangerous. The expansion of the empire after the Punic Wars saw the Roman Republic become the dominant force in the Mediterranean as it first took Carthaginian territories in Gaul, Spain and north Africa and then moved into Greece with purpose, subjugating the area and creating two provinces, Achaea and Macedonia. The growth of the territories under Roman control continued through the rise of Julius Caesar ““ who conquered the rest of Gaul ““ and the establishment of the empire: each of the emperors could point to territories annexed and lands won.

By AD 117 and the accession of Hadrian, the empire had reached its peak. It held sway from Britain to Morocco, from Spain to the Black Sea. And its wealth was coveted by those outside its borders. Just as today those from poorer countries try to make their way into Europe or North America, so those outside the empire wanted to make their way into the Promised Land ““ for trade, for improvement of their lives or for plunder. Thus the Roman borders became a mix ““ just as our borders are today ““ of defensive bulwark against enemies, but also control areas where import and export taxes were levied, and entrance was controlled. Some of these borders were hard: the early equivalents of the Inner German Border or Trump’s Wall ““ Hadrian’s Wall and the line between the Rhine and Danube. Others, such as these two great rivers, were natural borders that the Romans policed with their navy.

This book examines these frontiers of the empire, looking at the way they were constructed and manned and how that changed over the years. It looks at the physical barriers ““ from the walls in Britain to the Fossatum Africae in the desert. It looks at the traders and the prices that were paid for the traffic of goods. It looks at the way that civil settlements ““ vici ““ grew up around the forts and fortlets and what life was like for soldiers, sailors and civilians.

As well as artifacts of the period, the book provides a guidebook to top Roman museums and a gazetteer of visitable sites 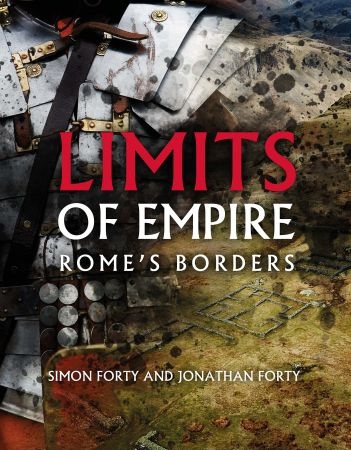