Dissenting Japan: A History of Japanese Radicalism and Counterculture from 1945 to Fukushima

Following the March 2011 tsunami and Fukushima nuclear crisis, the media remarked with surprise on how thousands of demonstrators had flocked to the streets of Tokyo. But mass protest movements are nothing new in Japan and the post-war period experienced years of unrest and violence on both sides of the political spectrum: from demos to riots, strikes, campus occupations, faction infighting, assassinations and even international terrorism.This is the first comprehensive history in English of political radicalism and counterculture in Japan, as well as the artistic developments during this turbulent time. It chronicles the major events and movements from 1945 to the new flowering of protests and civil dissent in the wake of Fukushima. Introducing readers to often ignored aspects of Japanese society, it explores the fascinating ideologies and personalities on the Right and the Left, including the student movement, militant groups and communes.While some elements parallel developments in Europe and America, much of Japan’s radical recent past (and present) is unique and offers valuable lessons for understanding the context to the new waves of anti-government protests the nation is currently witnessing. 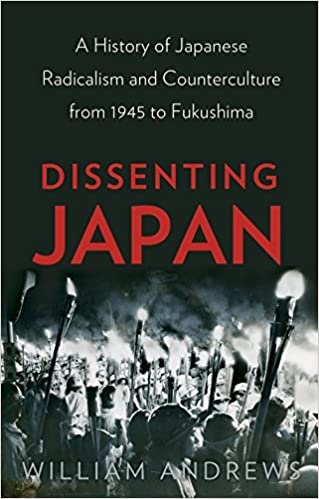