Jordan Peterson, God, and Christianity: The Search for a Meaningful Life

Jordan Peterson’s lectures and writings on psychology, philosophy, and religion have been a cultural phenomenon. Yet Peterson’s own thought is marked by a tensive suspension between archetype and reality–between the ideal of Christ and the God who acts in history. Jordan Peterson, God, and Christianity: The Search for a Meaningful Life is the first systematic analysis, from a Christian perspective, of both Peterson’s biblical series on YouTube and his bestselling book 12 Rules for Life, with an epilogue examining its sequel, Beyond Order. Christopher Kaczor and Matthew R. Petrusek draw readers into the depths of Peterson’s thought on Scripture, suffering, and meaning, exploring both the points of contact with Christianity and the ways in which faith fulfills Peterson’s project. 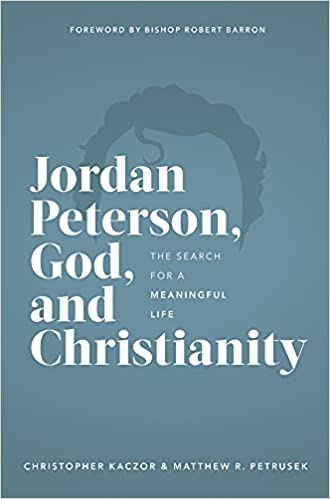