Lone Star. A History of Texas and the Texans – T. R. Fehrenbach

Here is an up-to-the-moment history of the Lone Star State, together with an insider’s look at the people, politics, and events that have shaped Texas from the beginning right up to our days. Never before has the story been told with more vitality and immediacy. Fehrenbach re-creates the Texas saga from prehistory to the Spanish and French invasions to the heyday of the cotton and cattle empires. He dramatically describes the emergence of Texas as a republic, the vote for secession before the Civil War, and the state’s readmission to the Union after the War. In the twentieth century oil would emerge as an important economic resource and social change would come. But Texas would remain unmistakably Texas, because Texans “have been made different by the crucible of history; they think and act in different ways, according to the history that shaped their hearts and minds.

Gone to Texas engagingly tells the story of the Lone Star State, from the arrival of humans in the Panhandle more than 10,000 years ago to the opening of the twenty-first century. Focusing on the state’s successive waves of immigrants, the book offers an inclusive view of the vast array of Texans who, often in conflict with each other and always in a struggle with the land, created a history and an idea of Texas. Striking a balance between revisionist and traditional approaches to history, author Randolph B. Campbell tells the stories of the colorful individuals and events that shaped the history of Texas, giving equal treatment to the lives of men like Sam Houston and to women and minorities in Texas’s history. He addresses the fact that Texas is widely regarded as a special state-a place with a story that appeals to millions of people, many of whom have never even been there-and examines what created this idea of Texan distinctiveness. Organized chronologically, the text focuses on five main themes: Texas as a “forgotten” province of the Spanish empire that was only protected when some other nation threatened to occupy it; the interpretation of the Texas Revolution as a clash between two disparate cultures rather than as a deliberate, pre-conceived plan by the U.S. to steal the province from Mexico; the identification of Texas as a Southern rather than Western state in terms of its demographic, cultural, economic, and political influences and development; Texas’s distinction not as a “unique” state but rather as the exaggerated embodiment of traditional American ideals and emotions such as individualism, personal liberty, and violence; and the two-hundred-year-old history of Texas as a destination for immigrants seeking new opportunities. Vividly capturing the adventure and conflict of this state’s legendary past, Gone to Texas is ideal for undergraduate courses in Texas history. 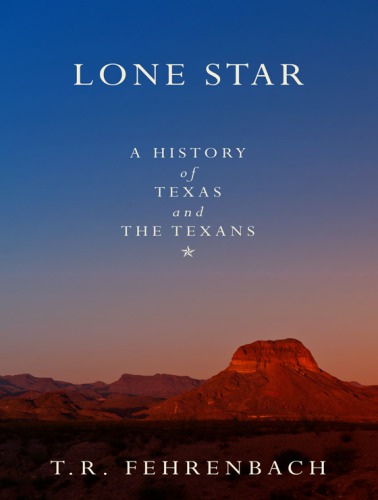 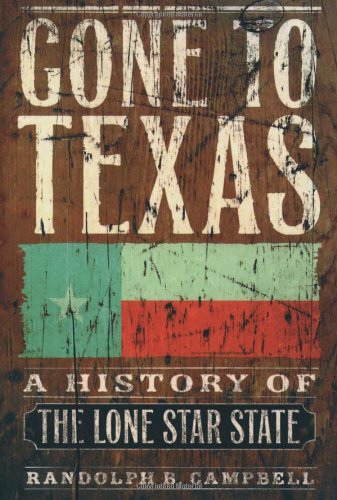 Gone to Texas. A History of the Lone Star State - Randolph B. Campbell.pdf
4.24 MB

Gone to Texas. A History of the Lone Star State - Randolph B. Campbell.pdf
4.24 MB