A generation after the Khmer Rouge, Cambodia shows every sign of having overcome its history–the streets of Phnom Penh are paved; skyscrapers dot the skyline. But under this façade lies a country still haunted by its years of terror.
Joel Brinkley won a Pulitzer Prize for his reporting in Cambodia on the fall of the Khmer Rouge regime that killed one quarter of the nation’s population during its years in power. In 1992, the world came together to help pull the small nation out of the mire. Cambodia became a United Nations protectorate–the first and only time the UN tried something so ambitious. What did the new, democratically-elected government do with this unprecedented gift?

In 2008 and 2009, Brinkley returned to Cambodia to find out. He discovered a population in the grip of a venal government. He learned that one-third to one-half of Cambodians who lived through the Khmer Rouge era have P.T.S.D.–and its afflictions are being passed to the next generation. His extensive close-up reporting in Cambodia’s Curse illuminates the country, its people, and the deep historical roots of its modern-day behavior. 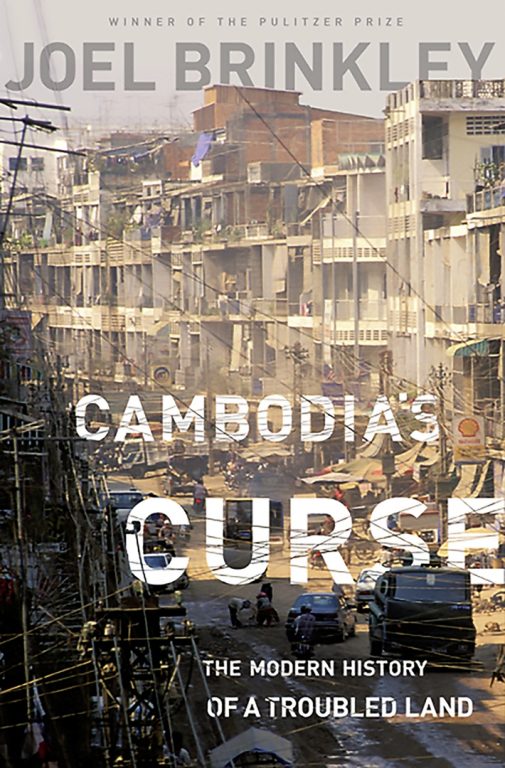