Valleys of Death. A Memoir of the Korean War – W. Richardson, Kevin Maurer

Caught in the Chinese counterattack at Unsan – one of the deadliest American battles of the Cold War Era – Colonel Bill Richardson led an Alamo-like defense of the few survivors before being taken prisoner. The North Koreans marched them through sub-zero weather without food, shelter, or medical attention to the area known as Death Valley. Enduring torture designed to break the mind and body, Richardson remained strong enough to lead his fellow prisoners in resistance, sabotage, and new plans for escape.

Valleys of Death is a stirring story of survival and determination, an intimate look at the soldiers who fought America’s first battle of the cold war in the unvarnished words of one of their own.

Richardson endured many long months of starvation, torture, sleep deprivation, and Chinese attempts at indoctrination, yet maintained defiance under conditions designed to break the mind, body, and spirit of men. 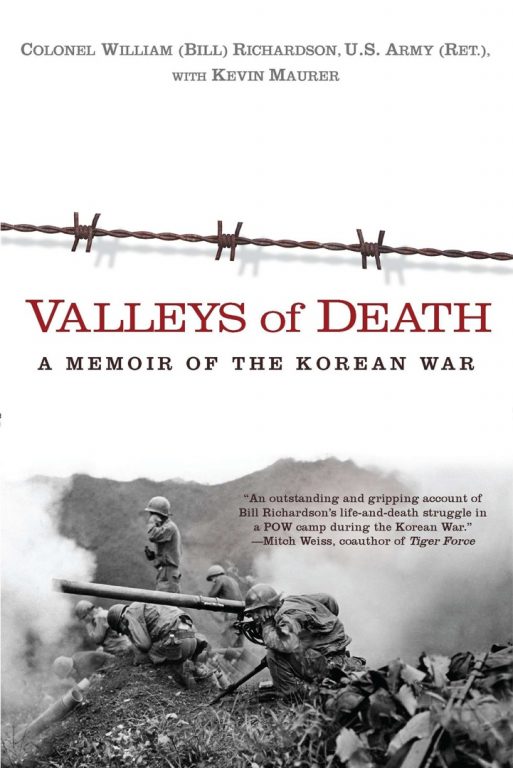