June 5, 1967. The nineteen-year-old state of Israel is surrounded by enemies who want nothing less than her utter extinction. The Soviet-equipped Egyptian Army has massed a thousand tanks on the nation’s southern border. Syrian heavy guns are shelling her from the north. To the east, Jordan and Iraq are moving mechanized brigades and fighter squadrons into position to attack. Egypt’s President Nasser has declared that the Arab force’s objective is “the destruction of Israel.” The rest of the world turns a blind eye to the new nation’s desperate peril.

June 10, 1967. The Arab armies have been routed, ground divisions wiped out, air forces totally destroyed. Israel’s citizen-soldiers have seized the Gaza Strip and the Sinai Peninsula from Egypt, the Golan Heights from Syria, East Jerusalem and the West Bank from Jordan. The land under Israeli control has tripled. Her charismatic defense minister, Moshe Dayan, has entered the Lion’s Gate of the Old City of Jerusalem to stand with the paratroopers who have liberated Judaism’s holiest site—the Western Wall, part of the ruins of Solomon’s temple, which has not been in Jewish hands for nineteen hundred years.

It is one of the most unlikely and astonishing military victories in history.

Drawing on hundreds of hours of interviews with veterans of the war—fighter and helicopter pilots, tank commanders and Recon soldiers, paratroopers, as well as women soldiers, wives, and others—bestselling author Steven Pressfield tells the story of the Six Day War as you’ve never experienced it before: in the voices of the young men and women who battled not only for their lives but for the survival of a Jewish state, and for the dreams of their ancestors.

By turns inspiring, thrilling, and heartbreaking, The Lion’s Gate is both a true tale of military courage under fire and a journey into the heart of what it means to fight for one’s people. 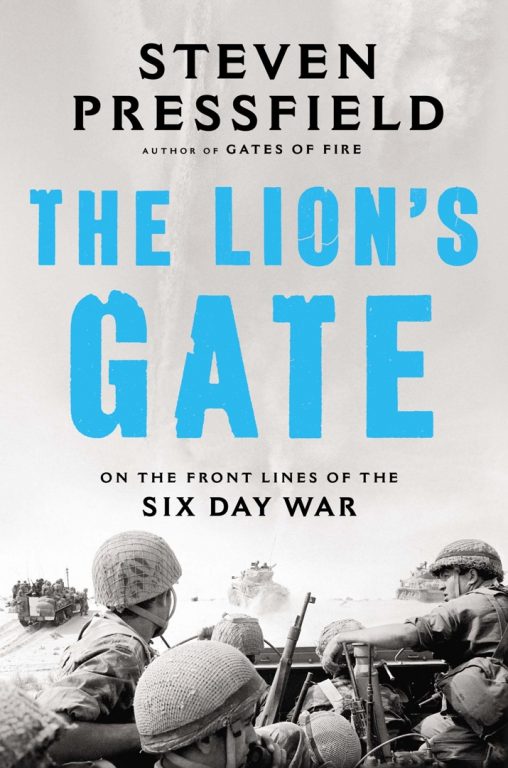 The Lion's Gate. On the Front Lines of the Six Day War - Steven Pressfield.epub
16.29 MB
Rating
( No ratings yet )
Like this post? Please share to your friends:
Related