The Exodus: An Egyptian Story

Did the Exodus occur? This question has been asked in biblical scholarship since its origin as a modern science. The desire to resolve the question scientifically was a key component in the funding of archaeological excavations in the nineteenth century. Egyptian archaeologists routinely equated sites with their presumed biblical counterpart. Initially, it was taken for granted that the Exodus had occurred. It was simply a matter of finding the archaeological data to prove it. So far, those results have been for naught.

The Exodus: An Egyptian Story takes a very real-world approach to understanding the Exodus. It is not a story of cosmic spectaculars that miraculously or coincidentally occurred when a people prepared to leave Egypt. There are no special effects in the telling of this story. Instead, the story is told with real people in the real world doing what real people do.

Peter Feinman does not rely on the biblical text and is not trying to prove that the Bible is true. He places the Exodus within Egyptian history based on the Egyptian archaeological record. It is a story of the rejection of the Egyptian cultural construct and defiance of Ramses II. Egyptologists, not biblical scholars, are the guides to telling the Exodus story. What would you expect Ramses II to say after he had been humiliated? If there is an Egyptian smoking gun for the Exodus, how would you recognize it? To answer these questions requires us to take the Exodus seriously as a major event at the royal level in Egyptian history 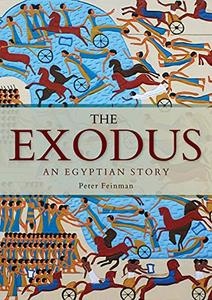