Iran A Social and Political History since the Qajars

Iran: A Social and Political History since the Qajars

From encounters with Western powers in the nineteenth century through to a Constitutional Revolution at the beginning of the twentieth century, and from the overthrow of the democratically elected Prime Minister Mosaddeq in the 1950s to the current Islamic Republic, Iran’s history has rarely been far from tumultuous and dramatic. And the ways in which Iranian society has participated in and reacted to these events have been equally fascinating and revolutionary. Here for the first time in English, Yann Richard offers his take on the social and political history of Iran since 1800. Richard’s account traces the common threads of national ideology and violent conflict that have characterised a number of episodes in Iranian history. By also concerning himself with the reactions and feelings of Iranian society, and by referring frequently to Persian sources and commentaries, Richard gives us a unique insight into the challenges encountered by Iranians in modern times. 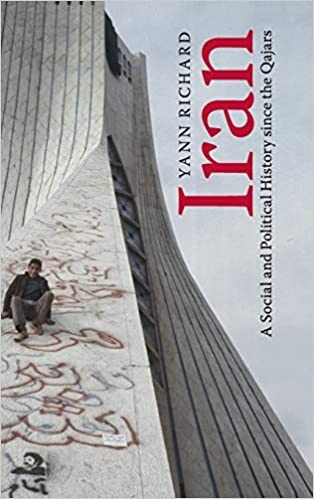 Iran A Social and Political History since the Qajars.pdf
2.34 MB