The Florentines: From Dante to Galileo

Between the birth of Dante in 1265 and the death of Galileo in 1642 something happened which completely revolutionized Western civilization. Painting, sculpture and architecture would all visibly change in a striking fashion. Likewise, the thought and self-conception of humanity would take on a completely different aspect. Sciences would be born – or emerge in an entirely new guise.

In this sweeping 400-year history, Paul Strathern reveals how, and why, these new ideas which formed the Renaissance began, and flourished, in the city of Florence. Just as central and northern Germany gave birth to the Reformation, Britain was a driver of the Industrial Revolution and Silicon Valley shaped the digital age, so too, Strathern argues, did Florence play a similarly unique and transformative role in the Renaissance.

While vividly bringing to life the city and a vast cast of characters – including Dante, Botticelli, Machiavelli, Leonardo da Vinci, Michelangelo and Galileo – Strathern shows how these great Florentines forever altered Europe and the Western world. 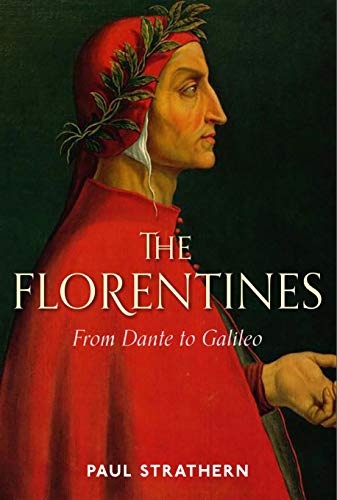