Right Concentration – A Practical Guide to the Jhanas by Leigh Brasington

Right Concentration: A Practical Guide to the Jhānas

One of the elements of the Eightfold Path is Right Concentration: the one-pointedness of mind that, together with ethics, livelihood, meditation, and more, leads to the ultimate freedom from suffering. So how does one achieve Right Concentration? According to the Buddha himself, the jhānas—a series of eight progressive altered states of consciousness—are an essential method. But because the jhānas can usually be achieved only through prolonged meditation retreat, they have been shrouded in mystery for years.

Not anymore. In Right Concentration, Leigh Brasington takes away the mystique and gives instructions on how to achieve them in plain, accessible language. He notes the various pitfalls to avoid along the way and provides a wealth of material on the theory of jhāna practice—all geared toward the practitioner rather than the scholar. As Brasington proves, these states of bliss and concentration are attainable by anyone who devotes the time and sincerity of practice necessary to realize them. 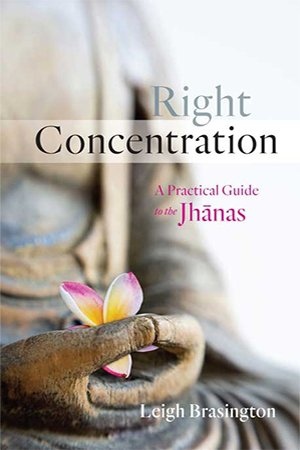