Mindfulness meditation disciplines are deeply rooted in the Far East’s cultural past, and yet they are now being widely taught and researched in the modern West. What is more, when these differing perspectives on the same spiritual territory come together from opposite ends of the globe, their ways can interweave harmoniously – allowing for a new greater synthesis, or Way, to manifest. ‘Mindfulness and Traditional Chinese Zen Arts’ takes you on a journey into and through that broader landscape – into the heart of secular mindfulness and ancient Chinese Zen philosophy – by demystifying four traditional Chinese Zen arts that are more than 1000 years old. The author, Tristan Petts, a qualified British secular mindfulness meditation instructor, has spent two decades painstakingly searching for and practicing traditional mindful arts under authentic masters. Now, after having taught mindfulness and Chinese Zen arts alongside one another in the Far East for many years, he is committed to sharing the insights that he has gathered along that Way. Written in the simple, clear, modern scientific language of western secular mindfulness, this book holds the potential to delight, inspire, and enlighten anyone interested in world arts, mindfulness, Chinese Zen philosophy, or eastern practical spirituality in general. 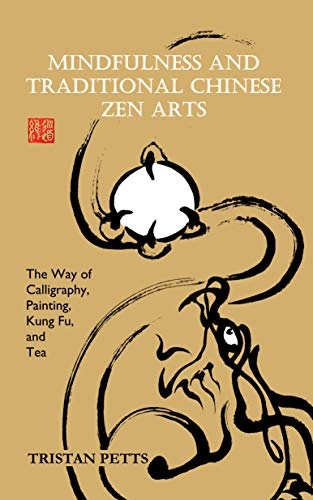