The Six-Word Secret to Success

From the author of The Strangest Secret, based on the motivational speech heard by millions

We become what we think about.

Earl Nightingale was in a lookout tower on the Battleship Arizona at Pearl Harbor and was one of only a few hundred who survived. He felt that he had been spared for some reason and became obsessed with learning why some people were successful and others were not. He knew that millions of people around the world are frightened, confused, and surprised in life—they don’t understand the basic law for success, which is this: we become what we think about.

Filled with equal parts inspiration and practical advice, this book is for anyone seeking their “true north” and reveals how you should go about discovering what that is in order to achieve meaningful success in life. Not the kind based on wealth, fame, and popularity, but the kind that you feel inside your soul, that intrinsically drives you to be the best version of yourself, each and every day. In The Six-Word Secret to Success, you will find decades of motivation packed into a short volume that you’ll want to read over and over again. 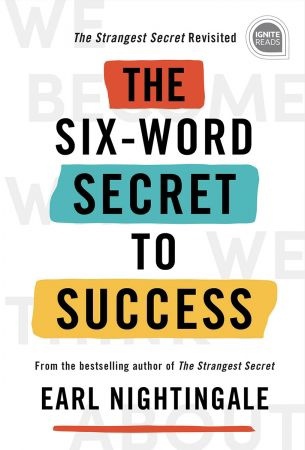