Time in Maps: From the Age of Discovery to Our Digital Era

Maps organize us in space, but they also organize us in time. Looking around the world for the last five hundred years, Time in Maps shows that today’s digital maps are only the latest effort to insert a sense of time into the spatial medium of maps. Historians Kären Wigen and Caroline Winterer have assembled leading scholars to consider how maps from all over the world have depicted time in ingenious and provocative ways.

Focusing on maps created in Spanish America, Europe, the United States, and Asia, these essays take us from the Aztecs documenting the founding of Tenochtitlan, to early modern Japanese reconstructing nostalgic landscapes before Western encroachments, to nineteenth-century Americans grappling with the new concept of deep time. The book also features a defense of traditional paper maps by digital mapmaker William Rankin. With more than one hundred color maps and illustrations, Time in Maps will draw the attention of anyone interested in cartographic history. 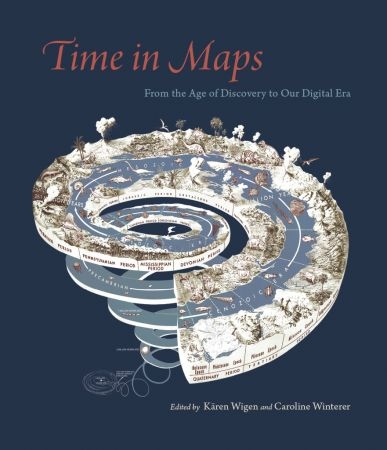