The 1950s chronicles a pivotal decade in U.S. history, when Americans radically reshaped domestic social life and adapted to an international order governed by cold war mentalities. As the country matured in the postwar period into its role as one of two superpowers in an ideologically polarized international order, Americans were challenged to adapt. While their tastes and attitudes evolved with the times, many Americans identified themselves more and more with traditional values, such as the importance of family and religion. The 1950s was a decade unlike any before.

This work offers a unique look at the transformation U.S. society underwent during the 1950s. As many places in the world struggled to rebound from the devastating effects of World War II, Americans had to come to terms with the threat of immediate worldwide apocalypse after the development of the H-bomb. At the same time, the civil rights movement gained momentum; suburban living, television, and rock ‘n’ roll became lifestyle choices; women joined the workforce in previously unheard of numbers; and baby boomers began to exert their influence. The 1950s provides a glimpse at the forces that shaped life in the United States during this fascinating decade, and it illustrates some of the ways in which Americans handled the rapid transformations of politics, popular culture, economics, and military strategy.

The chapters in this new volume in the Eyewitness History series describe each year of the decade with a narrative account of the most significant social, cultural, and political developments; a chronology of events; and eyewitness testimonies drawn from newspapers, memoirs of private and public figures, literature, and other sources.

Whether they voted for Kennedy or not, most Americans were ready for a change in 1960. From politics to the entertainment industry, both the country’s leaders and followers sought new directions, heroes, and missions. The postwar era had to come to an end sometime, and the 1960s represented that transition. John F. Kennedy served as the first leader of this uncharted path to the “New Frontier.” From the end of racism and poverty to an American on the moon, for a while it seemed that anything was possible.

The 1960s covers this explosive and exciting decade—from the cold war days of the Cuban Missile Crisis to the assassinations of John F. Kennedy, Robert F. Kennedy, and Martin Luther King, Jr., to the Vietnam War; from the Beach Boys to the Beatles to the Rolling Stones; from Hippies and Yippies to race riots and Kent State. In the words of Americans who experienced the major events and issues of the decade, The 1960s presents the story of one of America’s most tumultuous historical periods.

Designed to pique the interests of the curious student and general reader, The 1960s offers a basic narrative as well as an examination of the probing questions of the time. In the format of the Eyewitness History series, the people of the time speak for themselves, describing events as they saw them. Among those whose testimonies are given are Richard M. Nixon, Sargent Shriver, Robert McNamara, James Meredith, Bill Cosby, Mary Wilson of the Supremes, John Lennon, and Constance Baker Motley. The introductory section of each chapter provides an overview of the history, and a chronology gives specific month-by-month listings of each year’s major events. In appendixes, readers gain access to excerpts of important documents as well as brief biographies of leading personalities. A stunning collection of photographs and images is spread throughout the volume, complementing the engaging text.

An essential resource for those interested in learning about this era, The 1970s chronicles a time of change and adjustment for the United States. From the rippling aftereffects of the Vietnam War to the civil unrest between the Arabs and the Israelis in the Middle East, this volume explores a period of great uncertainty for the United States and the world. Coverage includes the resignation of President Richard Nixon and his involvement with the Watergate scandal, the deep distrust in the government by the American people, and President Jimmy Carter’s struggle against a demoralized society and his failure to pick up the pieces left behind. This volume also documents the many U.S. advancements in space exploration, women’s rights, nuclear treaties, provocative literature, and artful movies. In a single, illuminating reference, The 1970s provides a unique look at this decade.

The 1970s, a new volume in Facts On File’s acclaimed Eyewitness History series, provides hundreds of firsthand accounts of the decade—from diary entries, letters, speeches, and newspaper accounts—that illustrate how historical events appeared to those who lived through them. In addition to the firsthand accounts, each illustrated chapter also provides an introductory essay and a chronology of events. The book will also include critical documents related to this decade, as well as capsule biographies of key figures, a bibliography, an index, 98 black-and-white photographs and illustrations, and 12 maps and graphs.

An essential resource for those interested in learning about this era, The 1980s chronicles a decade of global transition. From the collapse of Jimmy Carter’s idealistic view of the United States as the world’s peacekeeper in 1980 to the fall of the Berlin Wall, this volume explores a period filled with political intrigue and power shifts, including President Reagan’s view of American peacekeeping that emphasized military strength, superior weaponry, and defense systems. In addition, this volume covers landmark advancements in civil rights, law, space exploration, science, technology, medicine, literature, and art. This comprehensive reference also documents the United States’ up-and-down economy and the rise of a new and deadly disease called AIDS. In a compelling format, The 1980s provides a unique look at this decade.

The 1980s, a new volume in Facts On File’s acclaimed Eyewitness History series, provides a unique look at this decade, illustrating how events appeared to those who lived through them. In addition to the firsthand accounts, each chapter provides an introductory essay and a chronology of events. The book also includes critical documents, as well as capsule biographies of key figures, a bibliography, an index, 92 black-and-white photographs and illustrations, and 13 maps and graphs.

A comprehensive resource for those interested in learning about this era, The 1990s chronicles the first decade since the end of World War II to be dominated by a single superpower—the United States—instead of by a cold war rivalry between heavily armed, ideologically antithetical nuclear powers. From the still-evolving “new world order,” involving new goals, alliances, and principles, to the changing demographic makeup, values, beliefs, and practices of the United States, this volume explores the many factors that have helped transform America’s identity. Some of these evolutions led both to a greater institutional tolerance of cultural diversity and to increased friction caused by competing ways of life. This landmark decade also boasts record population growth. The 1990s provides complete coverage of this exciting era.

The 1990s, a new volume in Facts On File’s acclaimed Eyewitness History series, provides hundreds of firsthand accounts of the 1990s—including diary entries, letters, speeches, and newspaper accounts—that illustrate how historical events appeared to those who lived through them. Each chapter provides an introductory essay and a chronology of events. This book also includes critical documents related to this decade, as well as capsule biographies of key figures, 90 black-and-white photographs and illustrations, nine maps and graphs, an index, and a bibliography. 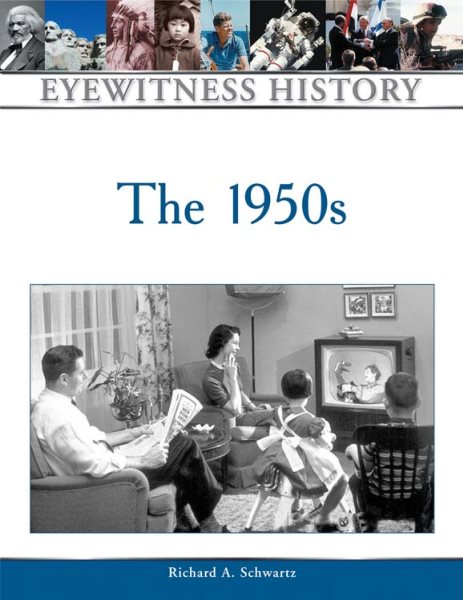 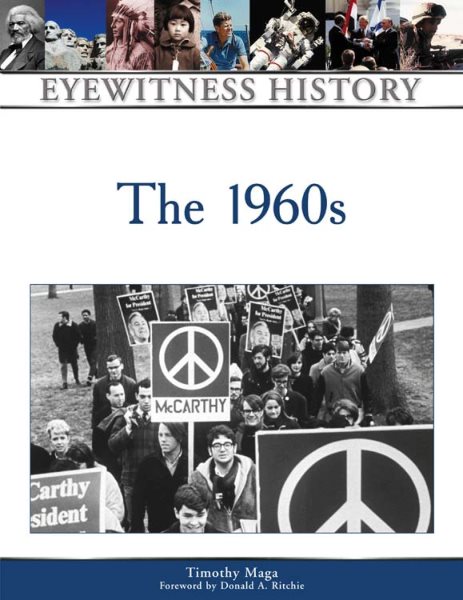 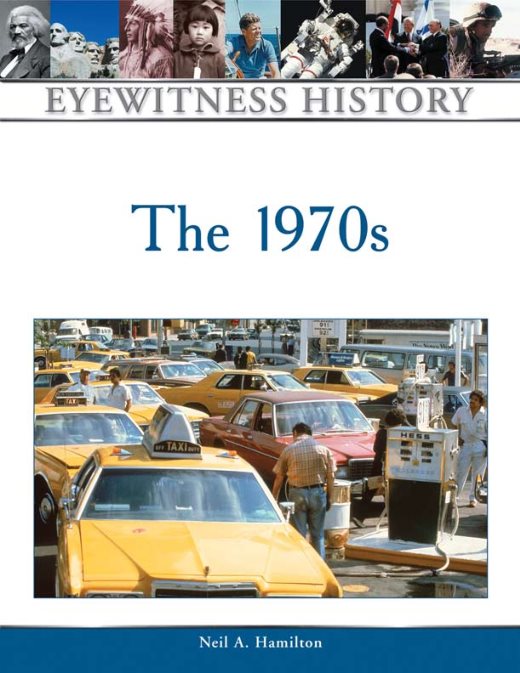 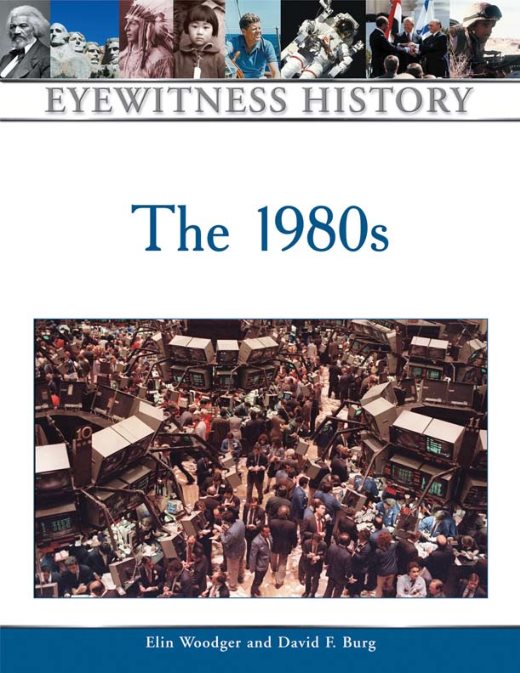 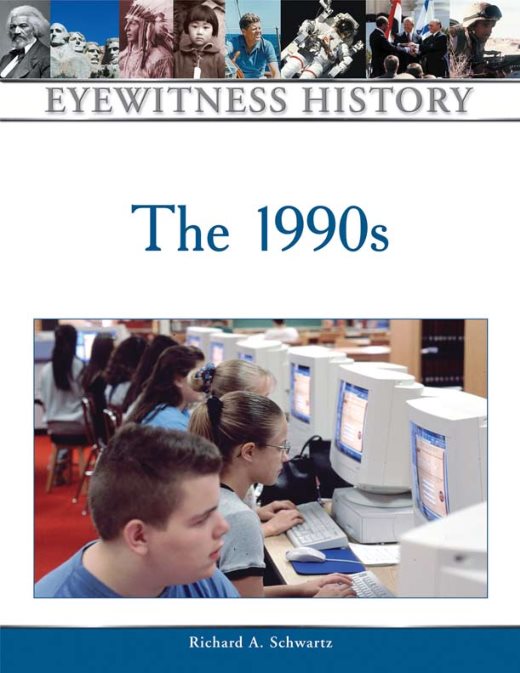