30-Second Theories: The 50 Most Thought-Provoking Theories in Science
Paul Parsons
Chaos Theory, String Theory, the Theory of Relativity? Intelligent Design? Schrodinger’s Cat and Pavlov’s Dog?
Sure, you know what they all mean. That is, youżve certainly heard of all of them. But do you know enough about them to join a dinner party debate or dazzle the bar with your knowledge? 30-Second Theories takes a revolutionary approach to understanding the 50 most significant and intriguing scientific theories. It challenges a half-century of leading boffins to abandon their beloved jargon and explain the most complex theories in half a minute—using nothing more than two pages, 300 words, one flow chart, and a picture. Time might well be relative, but it’s also precious in a world that seems to spin ever faster, and here, in one unique volume, you have the opportunity to pick the potted brains of our leading scientists and understand the key notes of our harmonious universe in less time than it takes to scratch your head.

30-Second Brain: The 50 most mind-blowing ideas in neuroscience, each explained in half a minute
Anil Seth

Are we all at the mercy of our brain chemistry? Do you think that the amygdala and the hippocampus are fantastical sea monsters? What can an MRI scan tell us? Could you explain to dinner-party guests why we don’t giggle when we tickle ourselves? 30-Second Brain is here to fill your mind with the science of exactly what’s happening inside your head. Using no more that two pages, 300 words, and a single picture, this is the quickest way to understand the wiring and function of the most complex and intricate mechanism in the human body. Discover how the networks of 90 billion nerve cells work together to produce perception, action, cognition, and emotion. Explore how your brain defines your personality, and what it gets up to while you are asleep. Illustrated with mind-bending graphics and supported by biographies of pioneers in the field of neuroscience, it’s the book to get your gray matter thinking about your gray matter.

30-Second Maths: The 50 Most Mind-Expanding Theories in Mathematics, Each Explained in Half a Minute
Richard J. Brown

From Rubik’s cubes to Godel’s incompleteness theorem, everything mathematical explained, with colour illustrations, in half a minute. Maths is enjoying a resurgence in popularity. So how can you avoid being the only dinner guest who has no idea who Fermat was, or what he proved? The more you know about Maths, the less of a science it becomes. 30 Second Maths takes the top 50 most engaging mathematical theories, and explains them to the general reader in half a minute, using nothing more than two pages, 200 words and one picture. Read at your own pace, and discover that maths can be more fascinating than you ever imagined.

30- Second Politics: The 50 most thought-provoking theories in politics, each explained in half a minute
Steven L Taylor

You may be OK with standard stuff like Conservatism and Democracy, but do you really know what Patrimonialism is? And what about Oligarchy? Anarcho-syndicalism? Politics is, we are willing to bet, the most passionately argued-over subject matter, and yet how many of us flounder around in confrontational debates because we have no grip on political theory, just a vague notion that they are all out to get us? 30-Second Politics will help dispel this fog mistrust and paranoia. It challenges political theorists of all colors to come up with no-frill, no-spin, tell-it-like-it-is explanations of the 50 most important political -isms, -archies, and -ocracies that have pertained since the time of Periclean Athens. At no public expense, the book explains each political theory in nothing more than two pages, 300 words, and some propaganda-style imagery, for we all know that a picture opportunity is worth a thousand words of dull interview. 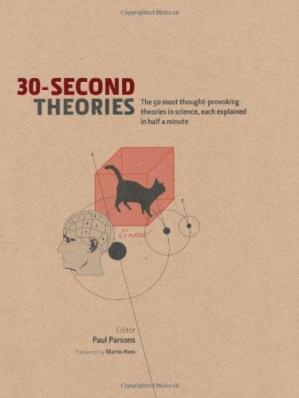 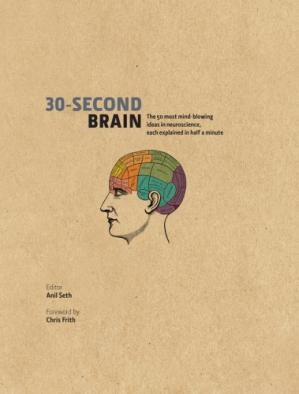 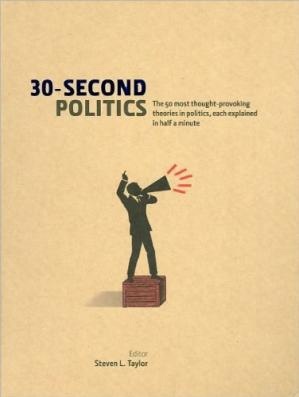 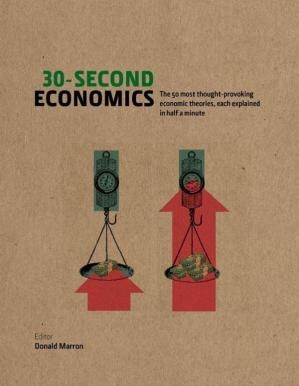