The Visual World of Muslim India

The Visual World of Muslim India: The Art, Culture and Society of the Deccan in the Early Modern Era

Between the fourteenth and eighteenth centuries, the Deccan stood at the crossroads of far-reaching commercial and diplomatic networks. It ranged from Arabia and Iran to East Asia and, increasingly, fell within the orbit of European colonial expansion. This resulted in an immensely rich visual culture in the region, shaped further by the dynamic encounters between the different versions of Islam patronized by the ruling dynasties of the period, and diverse local linguistic, religious and artistic traditions. This new book is the first richly illustrated and comprehensive exploration of the art of the late medieval and early modern Deccan. It explores the ways in which court art, artifacts and built environments were created and experienced, the reasons behind their creation, and the other agencies involved besides and beyond the court. This will be an invaluable resource for all interested in the visual culture of the Islamic world. 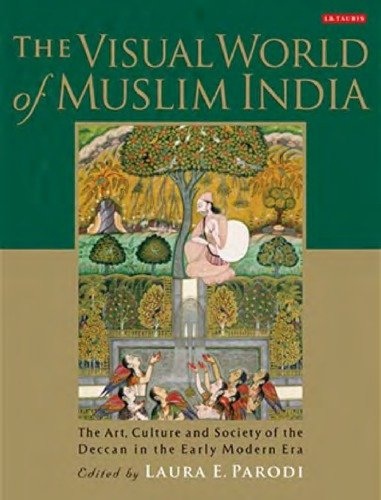