Queen All the Songs – Benoit Clerc

Queen All the Songs: The Story Behind Every Track

Filled with fascinating photographs (some rarely seen), and juicy behind-the-scenes details, Queen All the Songs details the unique recording history of the mega-bestselling and hugely influential rock band, album by album and track by track.

A lovingly thorough dissection of every album and every song ever released by the beloved rock group, Queen All the Songs follows Freddie, Brian, Roger, and John from their self-titled debut in 1973 through the untimely passing of Freddie, all the way up to their latest releases and the Oscar-winning film, Bohemian Rhapsody. The writing and recording process of each and every track is dissected, discussed, and analyzed by author Benoît Clerc, and page after page features fascinating and sometimes rarely seen images of the band.

Queen All the Songs delves deep into the history and origins of the band and their music. This one-of-a-kind book draws upon decades of research and recounts the circumstances that led to the composition of every song, as well as the recording process, and the instruments used. Featuring hundreds of photographs, including rare black-and-white publicity stills, images of instruments used by the band, and engaging shots of the musicians in-studio, Queen All the Songs is the must-have book for any true fan of classic rock.
Download Directly from Usenet. Sign up now to get Two Weeks 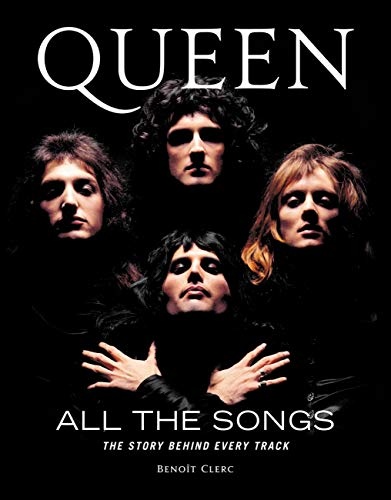