The book is an untold human story of an enterprise and its creator-Dilip Shanghvi, who became the richest self-made Indian.
In March 2015, Dilip Shanghvi toppled Mukesh Ambani to become the richest Indian. The historic event shook corporate India but made Shanghvi ‘uncomfortable’. He is one of the most interesting and least understood business minds. Till date, his journey has been shrouded in mystery because of his unwillingness to share it.
The book changes that by revealing the riveting story of the fiercely intense personality that lies beneath his calm demeanour. Based on interviews of over 150 friends, extended family members, rivals, former aides, business associates, it traces his transformation from a quiet, curious child working in his father’s small wholesale shop to an astute strategist who built India’s largest unrivalled pharma company-Sun Pharma-despite being untrained in science.
This book is an extraordinary story of an ordinary man, who chooses to stay ‘anti-famous’. He would rather have his face unrecognized, his story untold. But at a time, when a billion dreams are simmering in an aspiring India, this tale is for everyone who has once had a secret dream, an insanely bold one. 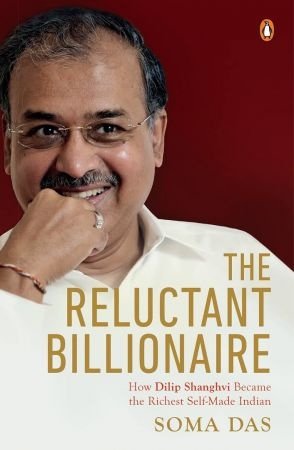