Ashoka: The Search for India’s Lost Emperor
by Charles Allen

India’s lost emperor Ashoka Maurya has a special place in history. In his quest to govern India by moral force alone he turned Buddhism from a minor sect into a world religion, and set up a new yardstick for government. But Ashoka’s bold experiment ended in tragedy and he was forgotten for almost two thousand years.

In this beautifully written, multi-layered journey Charles Allen describes how fragments of the Ashokan story were gradually discovered, pieced together by a variety of British Orientalists: antiquarians, archaeologists and epigraphists. In doing so, they did much to recover India’s ancient history itself. The Lost Emperor tells the story of the man who was arguably the greatest ruler India has ever known. 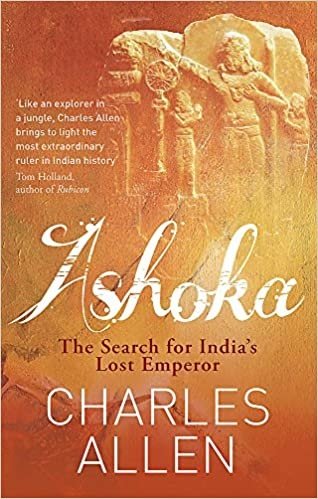