We Are Not Yet Equal

We Are Not Yet Equal: Understanding Our Racial Divide

History texts often teach that the United States has made a straight line of progress toward Black equality. The reality is more complex: milestones like the end of slavery, school integration, and equal voting rights have all been met with racist legal and political maneuverings meant to limit that progress. We Are Not Yet Equal examines five of these moments: The end of the Civil War and Reconstruction was greeted with Jim Crow laws; the promise of new opportunities in the North during the Great Migration was limited when blacks were physically blocked from moving away from the South; the Supreme Court’s landmark 1954 Brown v. Board of Education decision was met with the shutting down of public schools throughout the South; the Civil Rights Act of 1964 and Voting Rights Act of 1965 led to laws that disenfranchised millions of African American voters and a War on Drugs that disproportionally targeted blacks; and the election of President Obama led to an outburst of violence including the death of Black teen Michael Brown in Ferguson, Missouri as well as the election of Donald Trump.

Including photographs and archival imagery and extra context, backmatter, and resources specifically for teens, this book provides essential history to help work for an equal future. 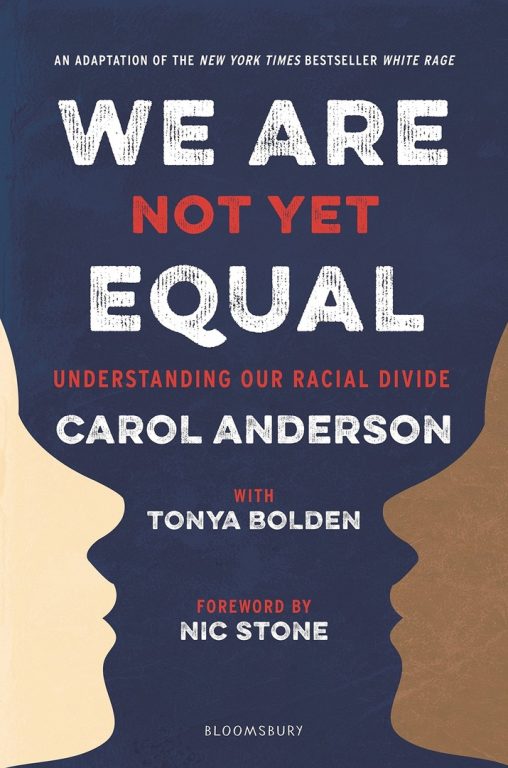